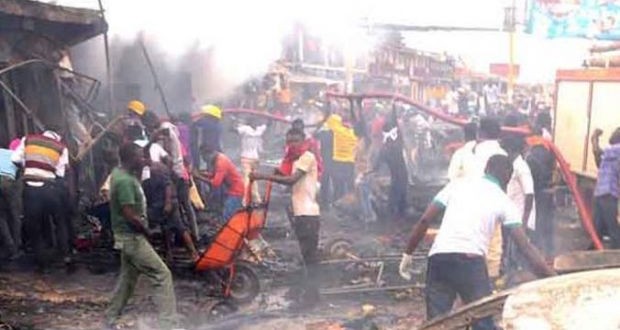 Over 100 Dead In Nigeria Tanker-Truck Fire

On Thursday, December 24, 2015, a gasoline tanker truck sparked a blazing fire at a crowded industrial gas plant in Nigeria. More than 100 people waiting to refill their cooking gas cylinders in time for Christmas were left dead. 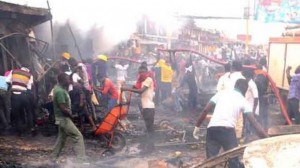 The deadly explosion occurred in Nnewi, a community in southeast Nigeria. By the time firefighters were able to put out the flames, an Associated Press reporter counted the charred remains of over 100 bodies.

Witness Emeka Peters, 36, said that the fire broke out at around 11 a.m. when a gas tanker truck that had just finished unloading gas at the Chikason Group Gas Plant left without waiting to observe the prescribed cooling time. Peters said the fire raged for hours. He also mentioned that most of the corpses and the few badly injured victims were evacuated to the Nnamdi Azikiwe University Teaching Hospital in Nnewi.