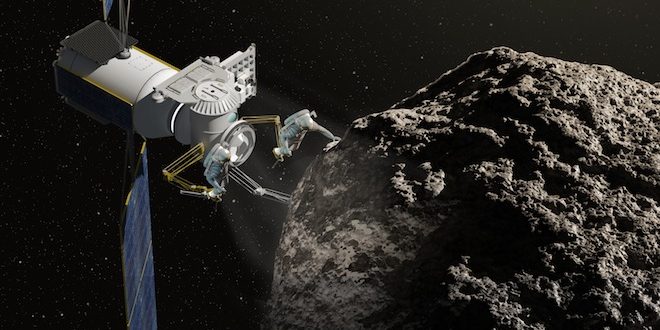 Out of World Mining

Asteroids to us serve no purpose. We know they exist, and they float around in space. We name some of them. But they serve no real purpose. However, some asteroids are completely full of materials such as iron, platinum, or gold. And now NASA wants to go and explore one of these asteroids, and they are calling this the Discovery Program.

Currently, they plan to launch a spacecraft in 2021, where it will reach an asteroid named 16 Psyche. 16 Psyche is made up entirely of nickel and iron, and considering the asteroid is the size of Massachusetts, that’s a whole lot of materials. The asteroid is located between Jupiter and Saturn, in the Trojan asteroid belt.

Asteroids like this have never been properly studied, and this mission will serve to be a huge step forward in understanding Asteroids. It will take 6 years to get there, and then spend 20 months mapping and studying the asteroid.

Not only will we learn more about asteroids, further exploration of asteroids could start an entirely new industry: Space mining. The iron content alone on 16 Psyche is worth approximately 10,00 QUADRILLION DOLLARS. Already, private companies are looking to mine asteroids, and Congress has already passed the Asteroid Act. The demand for minerals will only increase as new technologies arise, and now, where else can we find a source of minerals as abundant as asteroids?