Home / Sports / Our Voices, Together: Student Walkouts After the Florida Shooting 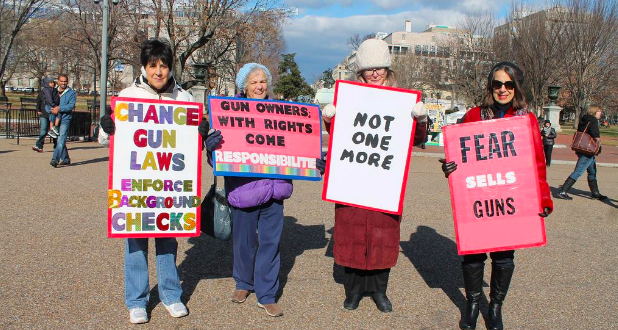 Our Voices, Together: Student Walkouts After the Florida Shooting

On March 14, tens and thousands of students across the nation walked out of class at 10AM to commemorate the lives lost in the Florida school shooting last month, as well as to protest gun violence and push for gun reform in Congress. Although the students did not have the same lobbying power as formal organizations, supporters of the movement declared the action as a “realization of power and influence young people raised on social media who have come of age in an era of never-ending wars, highly publicized mass shooting and virulent national politics” (Helm). Students who participated in these walkouts are demanding stricter gun laws, such as raising the age to legally purchase a gun, banning military-style weapons, and demilitarizing the police. However, these walkouts also symbolize a time of mourning for innocent lives lost at Stoneman Douglass High School.

Despite the long-standing tradition of low voter turnout for young voters, these walkouts protesting gun violence could mark a turning point in American political history. As more and more high school teens become politically active and become of legal voting age, the 2020 elections could be monumental.

However, those who support the Second Amendment claim that this movement is taking political advantage of a national travesty; making radical gun control laws right now could result in dangerous precedents being set for the future.

These nationwide protests are also part of a modern social trend reflecting bitter unrest amongst the American public. Similar to the Me Too and Black Rights Matter movements, gun control activism utilizes social media to spread awareness about protesting and walking out. In fact, many students who participated in the walkouts in the past week explained how they spread awareness for the movement on platforms such as Twitter and Snapchat.