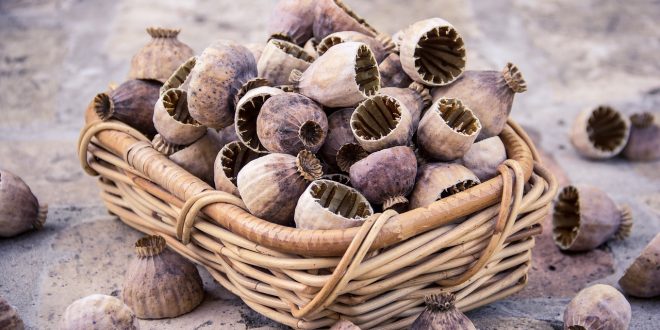 Opium is considered one of the most addictive drugs ever, and for a good reason. Obtained by extracting seeds of a specific species of poppy, this drug can be easily transformed into heroin by withdrawing morphine from the compound. What makes this drug so addictive, and what does it do to our bodies?

Through the ages, opium was used with hemlock to poison people without making them suffer through the effects of poisoning and quickly made its way into the medical industries of the Ancient Middle East, Egyptian, and Asian civilizations. It was mainly used to treat headaches, and the population was wise to keep consumption at a minimum.

During the colonial ages, however, it was used mainly as a painkiller, which hooked many to its effects. This was the time where we see the first recreational uses of this drug. In war, it was common to see soldiers that had been treated to morphine, an extract of opium, become addicted and eventually overdose on the drug. Two major wars have been fought over the production and distribution of Opium, resulting in China, one of the greatest ancient and medieval civilizations, collapsing into chaos and surrendering almost all trade to Britain and other European nations.

Morphine is also responsible for harmful effects such as lung edema, respiratory difficulties, coma, and cardiac or respiratory collapse. Morphine binds to and activates opioid receptors in the brain, spinal cord, stomach, and intestines. Regular use can lead to drug tolerance or physical dependence. After the morphine has been extracted, the substance becomes heroin. The only difference between opium and heroin is activation time. Once you take opium, it often takes one or two minutes longer to get in the “relaxed” state.

Arguably, opium is one of most dangerous drugs in the world. Partly responsible for both the painkiller addiction situation and the heroin problem, it can be easily converted to many types of addictive drugs. As such, opium is something you should stay away from at all costs.

Previous Voyager 1 Still Going!
Next The Year of Oil Drilling