Home / Global Environment / One of Earth’s Most Dangerous Supervolcanoes Awakening 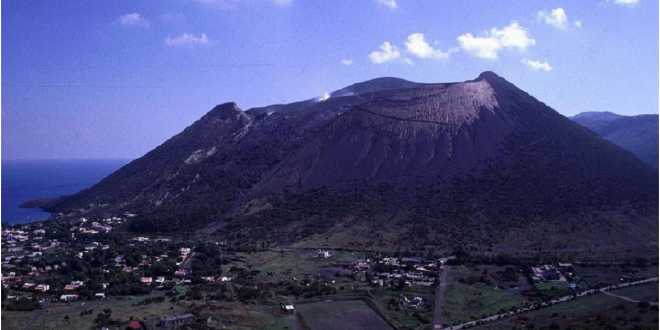 One of Earth’s Most Dangerous Supervolcanoes Awakening 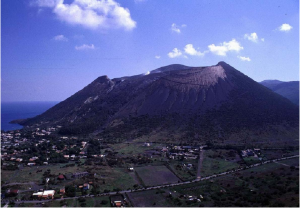 The last time Italy’s Campi Flegrei erupted was 500 years ago. Its eruption 40,000 years ago is suspected to have contributed to the extinction of the Neanderthals, and its eruption 200,000 years ago triggered a “volcanic winter” when it produced so much ash that resulted in darkened skies around Earth.

Turns out, the next of Campi Flegrei’s eruptions may be near. The supervolcano lies under 500,000 people and may be approaching a “critical state” according to scientists in the journal Nature Communications.

“We propose that magma could be approaching the CDP [critical degassing pressure] at Campi Flegrei, a volcano in the metropolitan area of Naples, one of the most densely inhabited areas in the world, and where accelerating deformation and heating are currently being observed,” wrote the scientists, led by Giovanni Chiodini of the Italian National Institute of Geophysics in Rome.

Though the timing is unknown and currently not predictable, Italy’s government has raised the volcano’s threat from green to yellow—from quiet to requires scientific monitoring.

“Burning fields” in Italian, Campi Flegrei—much like other supervolcanoes, including the one in Yellowstone—is not a single volcanic cone. It in fact is a large complex, much of it being underground, that includes a variety of features: 24 craters and an assortment of geysers and vents. Furthermore, supervolcanoes are often characterized by a large caldera, or depression, that is the result of previous explosive eruptions. In Campi Flegrei’s case, its depression is more than seven miles across.

Dormant for more than 500 years, it is possible we will continue to see nothing from Campi Flegrei in our lifetimes. However, it is also possible that we will. With more monitoring and studying, scientists hope to get a better idea of the supervolcano’s future.

Cindy is senior at Henry M. Gunn High School and is incredibly honored to be a part of the Rising Star Magazine team. She enjoys belting out Disney songs, playing piano, watching Chinese dramas, and babysitting. Cindy serves as California DECA's VP of Silicon Valley and is also the singing teacher at FCSN and the President of HEARTS Nonprofit. She can be contacted at cindy@risingstarmagazine.com
Previous Brexit and Healthcare
Next The Multiverse and You