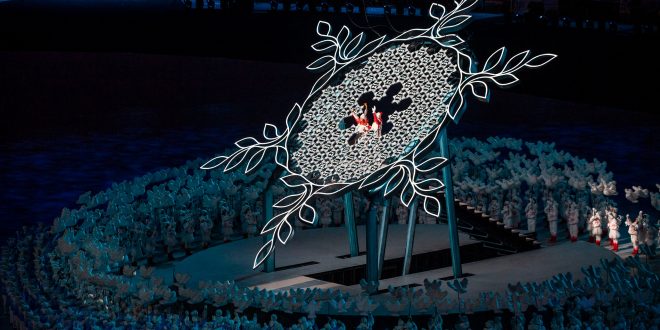 NBC’s Olympic audience is at an all-time low for the 2022 Winter Olympics as viewership tanked for Friday’s Opening Ceremony, averaging at just 16 million.

It is a record low for the Olympic Opening Ceremony, even surpassing the previous record of 20.1 million viewers in Calgary in 1988, and a staggering 43% below the 2018 Games in South Korea that garnered 28.3 million viewers despite being in an inconvenient Asian time zone for American viewers.

It comes following Thursday’s ratings disaster that saw just 7.7 million people tune in, dramatically below the audiences of 2018 (16 million) and 2014 in Russia (20.02 million).

NBC said that the 16 million count is a “total audience delivery” and includes all of its networks and streaming. The television-only audience was below 14 million per the preliminary data released by NBC.

While ratings tend to increase over the course of the first week, as more and more viewers are attracted to the action, NBC will have to work out of the ratings disaster it is currently facing.

Part of the reasoning for the record-low ratings stems from the host country, China.

Many countries such as the United States, are staging a “diplomatic boycott” of these Games due to accusations made that China is actively operating a campaign of genocide against the Uyghurs, a minority Muslim ethnic group primarily located in the northwestern province of Xinjiang.

China has denied these accusations but has also banned United Nations human rights officials from investigating.

Other issues include the drastic anti-COVID measures exercised by China, which have made life inside its “closed loop” a high-stress experience for the athletes and a large challenge for NBC.

Many athletes have complained about the fear of positive tests, lacking conditions in “isolation centers” and the need to guard their personal data online at all times.