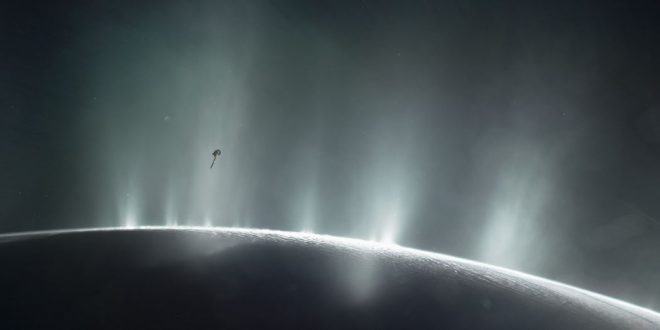 Ocean World Near Saturn Top Contender for Life Beyond Earth

Recently, NASA announced that Enceladus, a moon orbiting Saturn, has almost all of the qualifications needed to support life on Earth. NASA’s Cassini spacecraft detected hydrogen molecules in the geysers on Enceladus. Potentially the result of deep-sea chemical reactions between water and rock, these hydrogen molecules could spark microbial life. Cassini has been orbiting Saturn for more than a decade and uncovered the hydrogen molecules when it dove through Saturn’s plumes of vapor and particles during its final close flyby of Enceladus in 2015. This is a monumental discovery, as an tiny, ice-encrusted ocean world is now being scrutinized more carefully than ever before as a candidate for life sustainability.

Roger is a junior at Carlmont High School in Belmont, California. Roger serves as an officer of Help Everyone and Remember to Share (HEARTS) non-profit. Roger founded the first California Business Professionals Association (BPA) club at his high school and is active in other STEM related clubs. Outside of his busy school schedule, Roger practices karate, plays saxophone, reads, and volunteers for several worthy social causes in the US and China. Roger is extremely honored to serve as the News Column editor for the Rising Star Magazine.
Previous Finding Lost Spacecraft
Next A Tattoo For Food