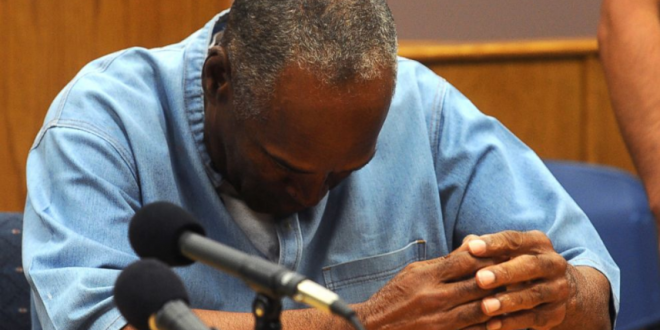 On July 20, 2017, O.J. Simpson was granted parole by a Nevada parole board after serving more than eight years in prison for armed robbery and kidnapping in a Las Vegas hotel. He is scheduled to be released on October 1 with the approval of release. By then he will have served the minimum of his 9 to 33 year armed robbery sentence for a bungled attempt to snatch sports memorabilia and other mementos he claimed has been stolen from him.

O.J. Simpson is a former NFL running back, broadcaster, actor, advertising spokesman and convicted armed robber and kidnapper. Simpson is most well known for the acquittal after a lengthy and internationally publicized trial in 1994, in which he was found not guilty of murdering his ex-wife Nicole Brown-Simpson and her friend Ron Goldman. The victims’ families filed a civil lawsuit against him. In 1997, a civil court awarded a $33.5 million judgement against Simpson for the victims’ wrongful deaths.

Upon his release, the 70-year-old requested to move to Florida to be with his family.

Roger is a junior at Carlmont High School in Belmont, California. Roger serves as an officer of Help Everyone and Remember to Share (HEARTS) non-profit. Roger founded the first California Business Professionals Association (BPA) club at his high school and is active in other STEM related clubs. Outside of his busy school schedule, Roger practices karate, plays saxophone, reads, and volunteers for several worthy social causes in the US and China. Roger is extremely honored to serve as the News Column editor for the Rising Star Magazine.
Previous The STEM Gap
Next Possible Consequences of Current Domestic Economic Policies 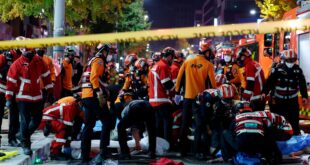