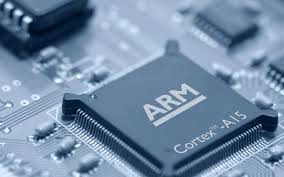 On September 13th, a deal was struck between ARM Holdings, a UK-based computer chip designer and NVidia, an American graphics chip developer, for sale of ARM for $40 billion, or £31.2 billion.

ARM technology is a central part of most smartphones, as well as other devices. NVidia has promised ARM that it will keep the business based in the UK, to hire more staff, and to retain ARM’s brand. NVidia also said that the deal would create  “the premier computing company for the age of artificial intelligence”.

“We will expand on this great site and build a world-class AI research facility, supporting developments in healthcare, life sciences, robotics, self-driving cars and other fields.”

Some business leaders have signed an open letter petition for the Prime Minister to stop the merger. The left-wing Labour Party has also asked the government to intervene. Senior sources within the British government have said that it would not prevent the sale, but rather impose conditions upon the takeover of ARM.

Two of the co-founders of ARM have raised issue with the takeover. They are concerned that there would be a conflict of interest if ARM becomes dependent on a company such as NVidia, which has many competitors worldwide. The two co-founders have also argued that since ARM was once owned by an American firm, the U.S. government could try to cut its ties with Chinese companies, and further increase the trade divides between the two countries.

In July, NVidia, headquartered in California, surpassed Intel to become the world’s most valuable chipmaker. Until recently, NVidia has been focused on the design and manufacture of dedicated high-end graphics processing units (GPUs). One of Nvidia’s recent projects is the creation of a line-up of Tegra central processing units (CPUs), which utilize ARM clients.

Under the terms of the deal, NVidia will pay Softbank, the Japanese conglomerate owner of ARM $21.5 bn in its own stock, $12 bn in cash, and follow up with an additional $5 bn if certain targets are met. Nvidia will also issue $1.5 bn in equity to employees of ARM.