Home / Opinion / Notre Dame Will Not Save Us 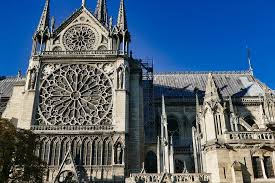 Notre Dame Will Not Save Us

The Notre Dame Cathedral burnt down on April the 15th, shocking the entire world.

These one billion dollars could have been used in the cleaning of the Great Pacific Garbage Patch, the largest garbage site in the world. This patch affects marine wildlife in enormous ways; for instance, the plastic can be eaten by whales, fish and others.

Scientists have determined that we have until 2030 to do something about climate change or we will reach a tipping point where we will be unable to reverse the consequences made by climate change, and tons of species will go extinct in a chain reaction that we will never be able to stop. This means that after 2030, if climate change is not reversed or diminished, humanity will inevitably go extinct years later unless a miracle solution appears: maybe, Elon Musk will colonise Mars successfully, where only the rich will be able to travel to.

The Notre Dame can wait. Yes, the cathedral has religious origins, and its legacy is important. But our obsession with these relatively small details in the big picture of our earth should not blind us from the actions that could have a much larger impact. Our money should go to the movements that matter and affect the largest number of people, and we must not let sudden grievances muddle our thoughts. The same reason why we have become desensitized to climate change is the same reason we need to take steps to solve it: it is an ongoing issue that is not going to leave us soon.

Notre Dame can be reconstructed after Climate Change is reversed, Climate Change cannot be reversed after 2030. Pick the one that’s really important.