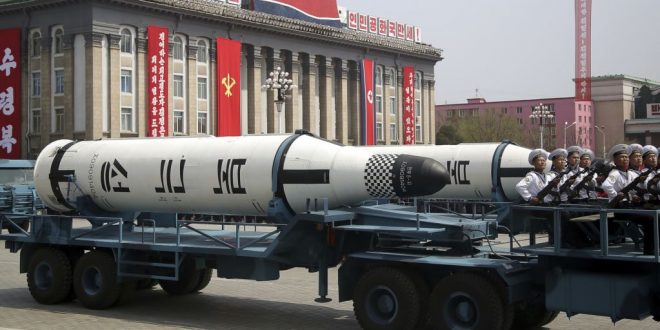 North Korea loves to conduct its missile tests, and on April 28, 2017, it went even worse than usual. Instead of falling into the ocean as many of their missiles do, the missile veered off course and hit the North Korean city of Tokchon. The missile supposedly hit some industrial buildings and casualties are unclear. This accidental missile strike raises some concerns. What if North Korea accidentally starts a nuclear war when their missile accidentally hits a country like Japan or South Korea? North Korea launched its first ICBM back in July, and the US did nothing but impose more sanctions. And now, President Trump and Kim Jong Un fight childishly online.

It is scary to think about what may happen with North Korea, and how the US and North Korea’s leaders approach the situation.

Previous Community College: The Smart Way To Go
Next Will Bitcoin Survive in Today’s Market? China Says No.