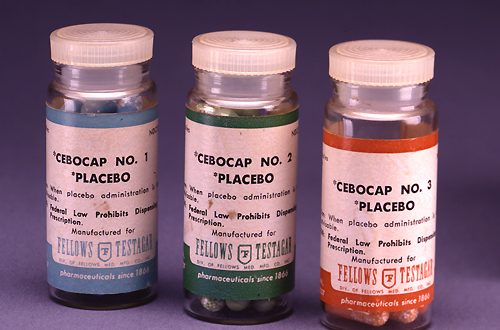 Surprisingly, placebo, which refers to treatments that do not have any therapeutic value, plays a significant role in modern health care. In general, patients will not be told whether they are taking a placebo. In common knowledge, once the patients know that the pills are indeed just sugar pills that have no actual value, the positive psychological effects are eliminated. However, in recent studies, researchers found that placebo can have significant impacts even for the patients who are told the truth.

According to Michigan State University (MSU), a non-deceptive placebo can also effectively reduce the amount of pain felt by patients when compared to patients who did not take a placebo. The research emphasizes that although this magical power surely comes from mental effects, the limitations and scientific background are still unknown.

In the research, the experimental subjects are separated into two groups, and one group is given normal saline as the placebo. Even though the subjects are told the truth, the research results still show that the placebo did help with releasing pressure.

While analyzing brain waves, researchers found that normal saline can effectively reduce the number of brain waves and that the calming effect appeared only several seconds after the placebo is taken. Even better, further meta-analyses of multiple existing studies appear to confirm that the nature of a placebo need not be hidden to have positive effects on health.

As the first author, Darwin Guevarra excitedly points out that this research may help to treat depression or phantom limb pain in the future. It will be unprecedented if the pressure can be successfully released only by taking sugar pills. These findings are additionally crucial to overstepping ethical barriers to the use of placebos: namely, that lying to a patient about a placebo’s effects may seem unethical.

Previous What we know about the 2020 PGA Championship
Next Sweating