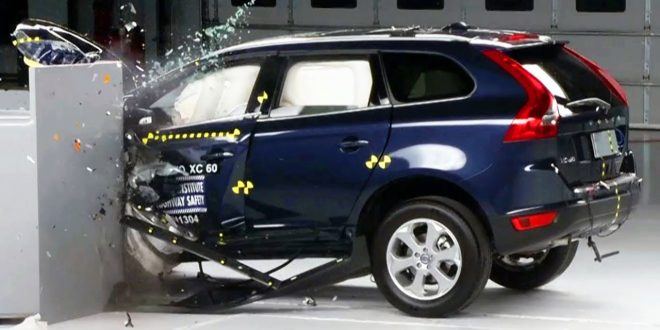 Volvo has made a bold statement that by 2020, nobody will be killed or seriously injured in a new Volvo.

That’s a notably ambitious goal, considering that there were 32,000 traffic fatalities last year. But Volvo engineers actually intend to follow up on their lofty ambitions and have a plan to make it a reality. In essence, constant improvements to crash prevention technology will eventually lead to Volvo’s ultimate goal: completely autonomous vehicles. But even if consumers do not wish to use the driverless mode when it is released, there will be safety measures built into non-autonomous vehicles that run in the background and will take over in an emergency. Here are some features:

Adaptive cruise control makes use of radars and sensors to detect vehicles on the road ahead. Once you select a speed, the car will automatically operate the gas and brakes.

Auto lane keeping uses cameras to detect the edges of lanes roads and then keeps the car within these boundaries.

Collision avoidance uses radars, cameras, and sensors to detect obstacles ahead of time and warn the driver–if there is no reaction from the drive, it will apply the brakes automatically.

Pedestrian and large animal detection utilizes cameras to detect people or large animals in front of the vehicle and forces the car to brake automatically if there is no response from the driver.

Previous Why You Should Exercise
Next Heat Waves