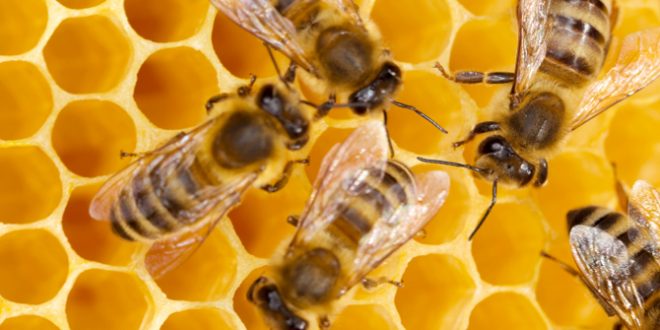 Millions of bees are dying off, with alarming consequences for our environment and our food supply. We rely on bees to pollinate everything from almonds to strawberries to the lucerne used to feed dairy cows. What happens if these bees disappear? It’s simple: No bees, no food.

In recent years, beekeepers report they are losing on average 30% of all honeybee colonies each winter. Bees pollinate 71 of the 100 crops that provide 90% of most of the world’s food. Imagine no almonds, fewer fruits, and less lucerne plants to feed dairy cows, leaving a long, running list of nutritional tragedies in our economy.

Scientists point to several causes behind the problem, including global warming, habitat loss, parasites, and a class of bee-killing insecticides known as neonicotinoids (or neonics). When seeds are treated with neonics, the chemicals work their way into the pollen and nectar of the plants, which is bad news for bees and other pollinators. Worse, for the bees and for us, neonics are about 6,000 times more toxic to bees than DDT, a very powerful insecticide that has been banned in the U.S. since the 1970s.

After a nearby farm planted corn seeds coated with neonics in 2013, a farmer lost 37 million of his bees. Given the consequences for our farms and our food, one would expect we would be doing all we can to protect bees and other pollinators from threats like neonics.

Instead, big agrochemical companies are fighting to prevent bans. Some companies have even asked federal regulators for permission to use even larger quantities of these pesticides—as much as 400 times more than currently allowed.

This goes to show that you can take some initiative now! In order to restore bee populations to a healthy level, you can be the change that helps everyone.

Cindy is senior at Henry M. Gunn High School and is incredibly honored to be a part of the Rising Star Magazine team. She enjoys belting out Disney songs, playing piano, watching Chinese dramas, and babysitting. Cindy serves as California DECA's VP of Silicon Valley and is also the singing teacher at FCSN and the President of HEARTS Nonprofit. She can be contacted at cindy@risingstarmagazine.com
Previous Deep Breath and Stretch
Next March Madness