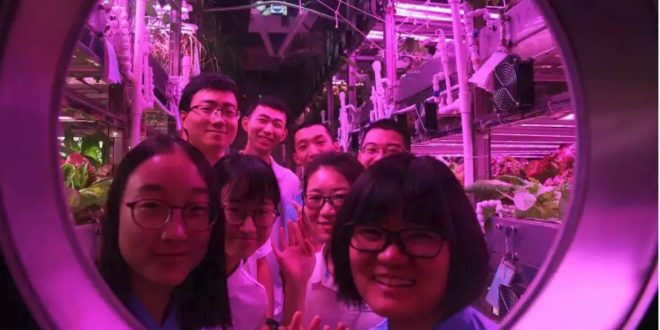 A New World Record – Simulating Living Away from Earth

Currently, the Earth is the only known planet where humans and other living creatures can live, as it is the only planet with ample supplies for life, such as oxygen and water. However, the Earth may not be habitable forever. The sun will eventually burn out and vaporize surrounding planets. Obviously, life cannot survive.

For the past few decades, scientists and astronauts have been searching for another habitable planet. So far, their efforts have not produced any meaningful results. However, a group of Chinese volunteers and students affirmed that this goal is not unachievable.

A team of Chinese student volunteers lived in a sealed “lunar lab” for 200 days in Beijing as a part of an experiment to test the potential psychological effects of long term residence on other planets. This simulation is part of this moon mission program that hopes to advance the concept of moon colonization.

This successful experiment even breaks a new world record!

The volunteers lived in the sealed lab to simulate a long-term isolated space mission. The scientists closely watch the specialized ecological systems that produce the air, water, and food that people need to live. This ecological system is now sophisticated enough to circulate 100% of the air and water as well as 55% of the food. This is a huge leap forward for people to live on the moon without external support.

The volunteers in the sealed lab are required to repeat certain tests every day, such as measuring each other’s height, weight and taking their blood pressure. They also need to observe and record the growth of the crops daily.

Despite this, life inside the lab is not boring. The volunteers inside the experiment still experience life similar to people on Earth. During the holidays, they made traditional Chinese cuisine using the crops they planted. They could also “connect” with Earth by calling friends and family.  In their free time, they play chess, do yoga, watch TV, and throw darts. Such activities provided excitement in their lives, and show that people’s lives would not be boring even if they lived on the moon.

Presently, this experiment is coming to an end. Chinese scientists are looking to building a larger system that can support more people. In the future, people could move this system to other planets.

Who knows what the future holds?

Previous Are You Ready for Precision Medicine?
Next Non-GMO Controversy