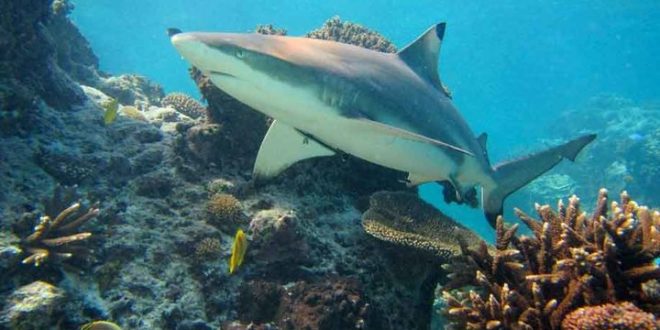 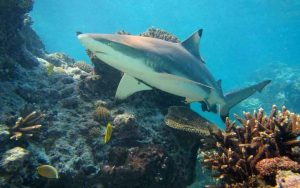 In an era of rapidly warming waters and overfishing, the marine ecosystem has suffered greatly. Global warming obviously causes ocean waters to become warmer than usual, making animals adapted to cooler environments suffer; sea lions, for example, have evolved to have blubber to help keep them warm, but this helpful trait is now putting them at a disadvantage. The same excessive carbon dioxide that is causing ocean waters to become warmer is also causing ocean acidification. In terms of delaying global warming, the ocean has played a huge role in absorbing the carbon dioxide. However, absorbing the carbon dioxide has caused the ocean to become more acidic. As carbon dioxide dissolves into water, the reaction forms carbonic acid, dipping the normal pH level of 8.2 to 8.1. The 0.1 difference may not seem much, but in fact, it actually represents a 25% increase in acidity. Marine life has evolved to live in a slightly basic water solution; the rising acidity will kill them. Of course, there is also the problem of overfishing. The UN has mandated how much of each fish each fishing company can hunt. However, the ocean is so expansive and the demands for endangered fish species, such as the Atlantic Bluefin Tuna, are so high that these rules are hardly ever enforced. Luckily, there are still marine areas in the world where the effects of human activity are less debilitating and there are still people who are willing to protect them.

Recently, Niue and Chile have three new marine parks that protect 290,000 square feet of ocean. The marine park encompassing Niue contains “ 300 species of fish, coral reefs, three species of globally endangered sea turtles, . . . the little-known Blainville’s beaked whale” and reef sharks, which are incredibly important because the shark population has already declined by 90% globally. Chile has acknowledged the problem of overfishing, and the two new marine parks it has created is part of its response to this predicament. In its marine parks, there are giant kelp forests, seals, sea lions, whales, vital nesting grounds of the rockhopper penguin, the black-browed albatross, and about 80% of the world’s population of blue petrels.

These marine parks help us rebuild and preserve the marine ecosystem, but even they will only prove to be futile efforts if drastic action against climate change is not taken soon.

Cindy is senior at Henry M. Gunn High School and is incredibly honored to be a part of the Rising Star Magazine team. She enjoys belting out Disney songs, playing piano, watching Chinese dramas, and babysitting. Cindy serves as California DECA's VP of Silicon Valley and is also the singing teacher at FCSN and the President of HEARTS Nonprofit. She can be contacted at cindy@risingstarmagazine.com
Previous Computer Games: Neutral View
Next The Impact of Instagram on Lifestyle