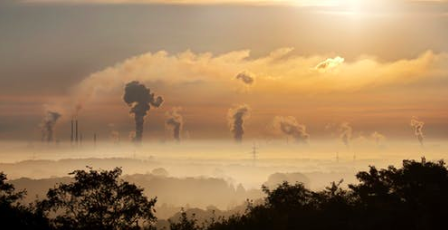 Carbon dioxide is the most well known greenhouse gas, and people have been discussing its harmful impact towards global warming for years. However, nobody seems to know about Perfluootributylamine, also called PFTBA, a greenhouse gas seven thousand more times more powerful than carbon dioxide.

PFTBA has been around since the mid- 20th century, and is mainly produced in electrical industries. It is currently the most radioactive molecule in the atmosphere, and has warmed the Earth much faster than carbon dioxide had in the past one hundred years.

Fortunately, despite the potential danger PFTBA poses towards the environment, it has fairly low amounts in the atmosphere, which means it wouldn’t have as big as impact as it could have. It’s impact still doesn’t compete with the issues caused by burning fossil fuels, such as oil and coal, which is the leading cause of global warming and climate change. As there is now a risk of PFTBA causing a big impact on climate change, researchers push for people to be more careful about long lasting results and make sure that PFTBA’s numbers don’t grow and become a deadlier contributor to climate change.

Unfortunately, though PFTBA isn’t creating a huge impact at the moment, it isn’t a gas that is easily removed from the atmosphere. It isn’t capable of breaking down naturally, and can remain in the atmosphere for up to five hundred years, and may take even longer to break down. We have remain wary of all factors of climate change, and PFTBA may become a pressing issue as time goes on.

Previous Tobacco As Detergent
Next Fats: Good and Bad