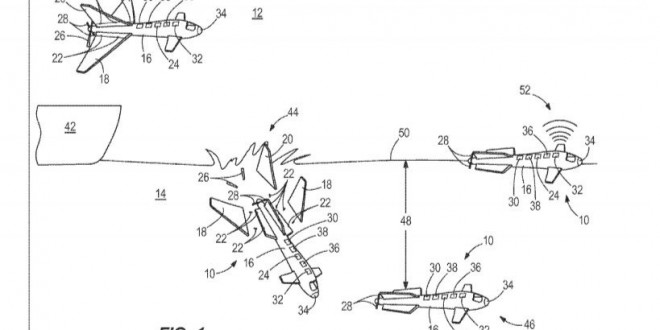 Drone “transformers” could one day be seen soaring over your head or swimming under your feet. The world of drone technology is moving forward at a rapid pace, and this new patent filed by Boeing is evidence of just that. Boeing might be well known for its aircrafts, but its latest design shows an image of a flying drone that can transform into a submarine.

Boeing has just patented a new drone that can fly, swim, and submerge. In the modern age, there have been lots of drones. Whether you want them to drive somewhere, or fly somewhere, or swim somewhere, they all do their job fairly well. However, that’s not enough anymore. We need drones that can do more. Boeing’s new drone, Flimmer, is a new drone that could theoretically both fly and submerge. Designed like a butterfly, it will molt its wings once it reaches water. After the drone finishes what it was sent out to do, it will return back to the user.

The intention is for the drone to be launched from an aircraft. After the drone finds the perfect patch of water to explore, it lowers itself towards the surface. As it hits the water, the drone sheds off parts of its wings to become more streamlined, either by using exploding bolts or even a glue which dissolves in salt water. After the little drone (now swimming using propellers) finishes collecting data, it resurfaces and signals home. It can then be located, so long as it floats on top of the waves.

Why bother going to all this trouble for a drone that can fly and swim? It might be that it’s faster to travel via air than underwater, so the drone could take a flying ‘shortcut’ to its destination rather than swim the whole way. Alternatively, the drone’s versatility could be used to navigate obstacles. It could, for example, fly over harbor nets or dive underwater to avoid anti-aircraft weapons.

Previous College, College, and Environment
Next A World Without the Arts