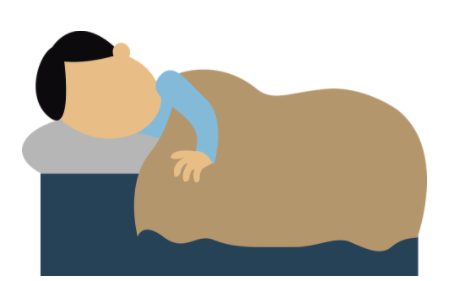 How many times have you seen a classmate fall asleep during a lecture? In fact, how many times have you yourself fallen asleep in the middle of class? Unfortunately, you are not alone. In a survey conducted by the National Sleep Foundation, 28% of high school students reported falling asleep in class at least once per week. This means that one in every ten high schoolers regularly sleeps in class.

The reason for this staggering statistic is not surprising. According to the National Sleep Foundation, high schoolers average seven hours of sleep every night, despite the fact that they need a little more than nine in order to be healthy. Less than 10% of high schoolers get nine hours of sleep. Drowsiness has been linked with mood swings, lower test performance, acne, and obesity. As students progress through high school, their homework load, crouse difficulty, and amount of extracurricular activity increases, which creates even more drowsiness in students. However, schools have done little to try to solve this problem; in fact, it seems as if they are continuously reinforcing impossible schedules onto students. Elementary school start times are often later than high school start times, and most high schools start at around 8am. Doing some quick math, students would need to fall asleep around 11pm to get the recommended amount of sleep; however, biology proves that teenagers experience a shift in sleep patterns, which makes it harder for them to wake up and go to bed early. Furthermore, teens have irregular sleep patterns and tend to wake up much later on the weekends. School hours are biologically structured to be detrimental to students, especially for those in adolescence.

In order to resolve this sleep-deprivation problem, schools should implement nap time in school. This may seem silly at first; naptime was part of kindergarten! The easiest, quickest, and healthiest way to replenish energy at school is to take a power nap, a twenty-minute sleep break. This idea has been incorporated in Japanese schools; at Meizen High School, student test scores have seen an upward surge since implementing naptime. Other studies have supported this notion; according to neuroscientists at the US National Institute of Health, students who got to nap regularly during the school day performed 10% better than students who did not sleep during the day. Naptimes would create a win-win situation; students would be happier and healthier, and schools would improve performance.

Students are already dozing off in class every days; why not have a designated nap time so everyone gets more sleep, and no one misses teaching material?

Previous How self-driving cars will change your life
Next The Cure to Cancer?