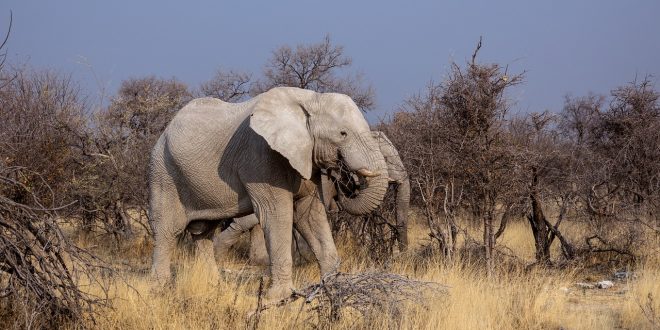 Over the last 2 months, hundreds of elephants have mysteriously died in Botswana.

Dr. Niall McCann of the National Park Rescue said that more than 350 elephant carcasses had been observed in the southern African country since the beginning of May.

The deaths remain a mystery since laboratory results on samples from the elephants are still not ready, the government concludes.

This incident is crucial since Botswana is home to almost a third of the African Elephant population.

According to Dr. McCann, local conservationists warned the government in early May after they took a flight over the delta. In this flight, they spotted 169 carcasses. Dr. McCann describes this as “extraordinary”, given that the flight lasted only 3 hours; this number drastically increased to 350 only a month later.

Dr. McCann added that this incident is completely unprecedented because there had never been this many elephant deaths to an event not related to a drought.

Botswana’s government did not consider poaching as a possible reason since the tusks had not been removed. Additionally, only elephants were dying. This further proves that poachers were not involved because the usage of cyanide would affect surrounding wildlife.

Anthrax poisoning, which killed over 100 elephants in 2019, was also ruled out.

However, poisoning or disease have not been ruled out quite yet. The way the elephants act before their death – drooping their faces and walking in circles – points out to damage to their neurological system.

In other words, without knowing the source, it is impossible to eliminate disease as a possible cause. In case of disease being the cause, it may also affect the human population, especially if the disease is found in water sources or in the soil.

This crucial incident acts both as a conservation disaster and as a possible public health crisis that needs to be solved.
Source: https://www.bbc.com/news/world-africa-53257512

Previous The Iodine Deficiency Disorder
Next What Pet Should You Get?