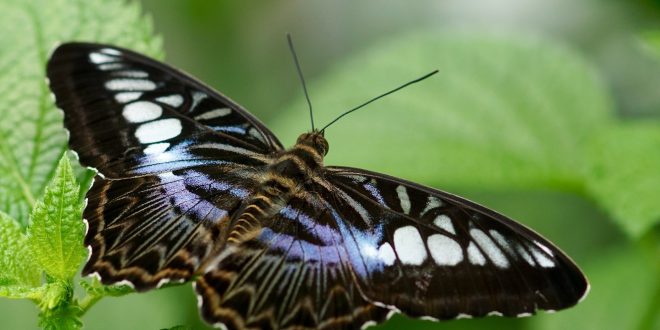 With an increase of unusual species identified last year, the lockdown spurred a boom in interest regarding moths.

Sightings increased by about a third, with many counties throughout the United Kingdom recording species that had never been seen before.

Experts are encouraged by a renewed interest in the insects, which they believe are ecologically essential yet underestimated and threatened.

They claim July is the best month for finding moths, and they’re encouraging people to look for them.

All evidence suggests an increase in interest during lockdown, according to Mark Tunmore, editor of Atropos, a publication for butterfly, moth, and dragonfly aficionados.

According to data from the National Moth Recording Scheme, the number of people reporting moth sightings increased by roughly a third in 2020, while moth trap sales also increased.

The number of yearly moth records filed in Yorkshire increased by around a quarter in 2020. There was also a boom in interest in moth hunting in Shetland last year, with four species that were new to the islands.

Moth trapping provided a distraction and interest for many people who were yearning for something to do in their own backyard during lockdown, according to Mark Tunmore.

Although certain moth species fly during the day, moth traps are normally put up at night and checked the next morning. Websites, apps, and books can all be used to identify different species.

Atropos, Butterfly Conservation, and the UK Centre for Ecology and Hydrology (UKCEH) are intending to expand on the lockdown efforts by involving the public in the annual Moth Night, which takes place over two days and nights this year (8 to 10 July).

They’re asking for reports of species sightings throughout the day and at night, as well as images.

The goal is to dispel some of the illusions surrounding moths, which are crucial pollinators and food sources for other species.

Because of habitat loss, climate change, and pollution, the number of bigger moths in Britain has decreased by a third in the last 50 years. Meanwhile, as a result of climate change, animals that prefer warmer weather have expanded their range across the United Kingdom.

This year’s event focuses on wetlands, which provide habitat for wildlife and help to reduce climate change, but are threatened by human activity, just like moths.

Dr. Richard Fox of Butterfly Conservation said that both moths and wetlands are similar because they are crucial for a variety of wildlife, yet they are both underestimated and threatened.
Source: https://www.bbc.com/news/science-environment-57742701