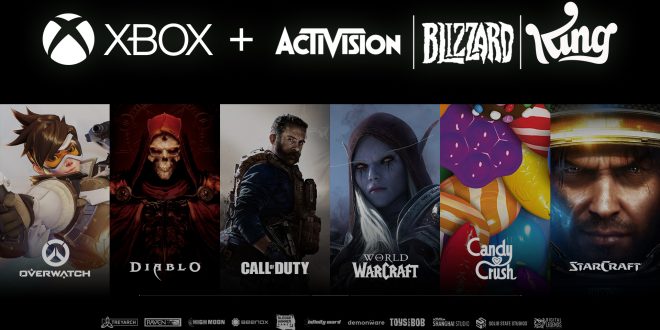 Microsoft Corporation is purchasing Activision Blizzard, a gaming company known for titles such as “Call of Duty” for $68.7 billion in the biggest gaming industry deal in history as tech giants scramble for pieces of a future filled with digital gaming.

The deal was announced by Microsoft on Tuesday, and is its biggest-ever and largest all-cash acquisition in history. The deal is set to strengthen Microsoft in the gaming industry and help it compete with leaders such as Tencent and Sony.

The deal also represents Microsoft’s bid on the “metaverse”, essentially virtual online worlds where people can carry out all sorts of tasks, work, play, socialize and more, as many other tech giants are already doing.

Microsoft CEO Satya Nadella said, “Gaming is the most dynamic and exciting category in entertainment across all platforms today and will play a key role in the development of metaverse platforms”.

Microsoft, one of the world’s largest companies thanks to its Azure cloud computing software and Outlook email service, offers $95 per share – a 45% premium to Activision’s Friday close.

Microsoft has so far avoided scrutiny from lawmakers as faced by Google and Facebook, but this deal may set lawmakers’ sights on the Xbox maker, which is set to become the third largest gaming company with this deal.

The deal comes at a difficult time for Activision, developer of “Overwatch” and “Candy Crush”. Before the deal was announced, its shares had fallen more than 37% since reaching record heights last hear, affected by allegations of widespread sexual harassment of employees and misconduct by several high-level managers.

In a statement, Nadella did not make a direct reference to the scandal but talked about the importance of Activision’s role in renewing its own cultural commitments.