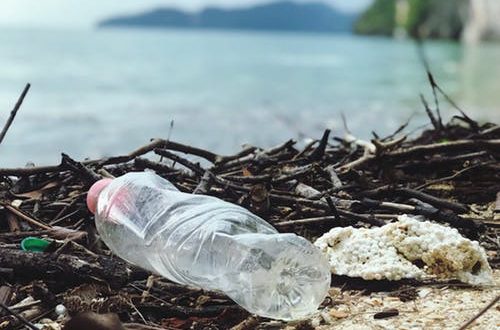 Invented in 1907, plastic has been the source of many environmental debates, ranging from pollution concerns to biodegradability. Problems such as the usage of plastic straws and littering of soda rings are particularly mainstream as it endangers and kills sea creatures. However, littering, plastic waste, and mass production aren’t the only problems with plastic.

As mass produced clothes became easier and cheaper to acquire, people began to search for less expensive options to produce it. The result was synthetic fabric. Clothes made from synthetic fabric are made mostly of thin plastic threads. Unfortunately, the problem with synthetic fabrics is that as you wash them, tiny plastic bits are washed out that are too small to be cleaned up. However, due to the durability, stretchiness, and inexpensive pricing, synthetic fabric became very popular, increasing the plastic problem.

Microplastic pollution is the result of these synthetic fabrics. After being flushed away from the washing machine or other sources, the small plastic bits are being eaten by ocean wildlife. Consequently, they are negatively impacting animals further up the food chain. Currently, there are four solutions to microplastic pollution: biological degradation, adsorption, physical thermal techniques, and membrane separation. These four solutions are currently being researched and developed. Hopefully through these means, effective methods of reducing microplastic pollution will be introduced in the near future.

Previous At Pluto
Next The Importance of a Neat Desk