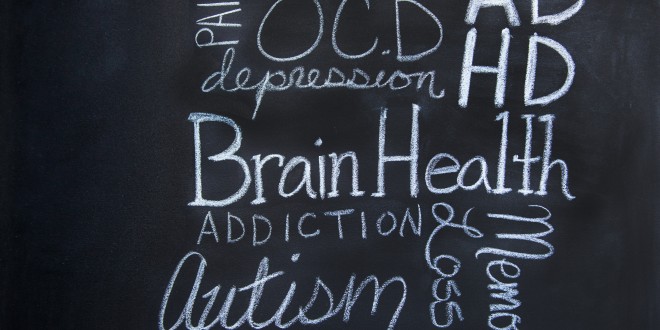 Mental Health in the U.S.

Mental illness has always been a part of humanity. It has been hidden away, painted over, and treated like a contagious plague. The short story, “The Yellow Wallpaper” by Charlotte Gilman depicts a stark reality of mental illness and the way patients are treated. In the story, a woman is treated for hysterics, a common, incorrect diagnosis for women in the 19th century. Her treatment involves isolation inside a room. Eventually, the lack of stimulation leads to a steady deterioration of the woman’s mental health and descends into psychosis. “The Yellow Wallpaper” demonstrates the misdiagnosis of serious mental issues, improper treatment, and the stigma mental illness holds in society today. From anxiety and speech issues to depression, eating disorders, and schizophrenia, mental illness is an issue that is underrepresented and mistreated.

Mental illness usually brings to mind negative thoughts. This stigma creates a culture where mental illness is shameful, something to hide away and fear. As a result, people with mental health issues often go undiagnosed, ignored, abused, and trivialized. Some live their entire lives without diagnosis, going to school, work, and sometimes supporting a family at the same time. They are anxious, depressed, and afraid to get help. Faced with possible disdain from family and the fear of being ostracized by society, it comes as no surprise that 40% of people with serious mental illnesses received no treatment in the previous year, and 60% of adults with any mental illness are not treated at all. On average, people with mental illness go without treatment for a decade. They are treated like second-class citizens, neglected by family and friends, but also by lawmakers.

The stigma connected to mental health issues is glaringly apparent in the U.S. healthcare system. Like USA Today says, “The mentally ill who have nowhere to go and find little sympathy from those around them often land hard in emergency rooms, county jails and city streets. The lucky ones find homes with family. The unlucky ones show up in the morgue”. When states are short on money, the first to usually go is funding for mental health. From 2009 to 2012, states cut five billion dollars from mental health services and 10% of the country’s public psychiatric beds. Medicaid and Medicare policies limit funding also. As a result, many psychiatric hospitals have closed down, leaving patients with less options, and for some living in rural areas, no options at all. Karen Kelley recalls her experience where she could not get into a hospital while suffering from depression and suicidal thoughts. Desperate, she swallowed a bottle of pills and told her husband, “Now they will have to admit me.” The cost of neglect is high. The U.S. economy loses at least $444 billion a year, two-thirds of which are taken by disability payments and lost productivity in the job market. This total does not include taxes that support the prison system. About 2 million mentally ill people are incarcerated each year, and according to the Bureau of Justice, 24% of inmates are psychotic. Most are arrested for petty crimes or drug abuse, all victims to their illness. The bleeding of mentally ill patients through the tatters of the unorganized healthcare system comes as a large cost to society.

The unjust treatment of mentally ill people has drawn attention from advocates. Pastor Rick Warren says, “If I have diabetes, there is no stigma to that. But if my brain doesn’t work, why am I supposed to be ashamed of that?” Growing awareness of the mental health situation in the U.S. means a push for better facilities and more funding. Voters will make critical choices by electing lawmakers that improve the healthcare system. However, there is still a long way to go. To most lawmakers and the public as a whole, mental illness is not a problem that immediately comes to mind. For advocates, it is a constant uphill battle to garner attention and fight opposition.

Early support is ultimately the treatment that mentally ill people need. By letting the situation deteriorate further, the cost to society soars higher and higher. Jails are filled with mentally ill people, emergency rooms are backed up with patients that cannot get access to the psychiatric facilities they need, families are burdened with the medical bills that insurance does not cover, and mentally ill people themselves shoulder the shame and limitations that come with mental illness. All of this is preventable. It starts with erasing the stigma associated with mental illness, changing the healthcare system, and generating more awareness. The push to solve this issue will take improve the quality of life for not just the mentally ill, but for everyone.

Previous Common Core: A Long Process?
Next Racial Tensions in the US