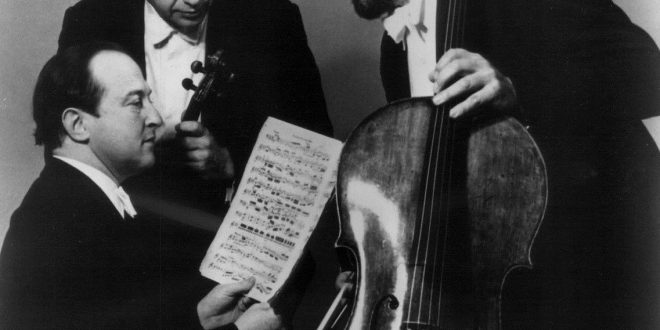 Born in Magdeburg, Germany on December 16, 1923, Pressler expressed an affinity toward the piano at a young age. After the Nazis began targeting the Jews in 1938, Pressler and his immediate family were forced to flee to Italy and later settle in Israel. Although he and his immediate family survived, the rest of his family died in concentration camps. In Israel, he received most of his advanced musical education, and his career was launched in 1946 when he won the Debussy International Piano Competition in San Francisco. Shortly afterward, he appeared with the Philadelphia Orchestra under maestro Eugene Ormandy.

In 1955, along with violinist Daniel Guilet and cellist Bernard Greenhouse, he founded a piano trio ensemble and named it Beaux Art Trio. In the same year, Pressler joined the faculty at Indiana University, and he remained active in both roles for over 50 years. Since then, the Beaux Art trio had toured to Europe, Asia, and America, performing in hundreds of concerts and gaining international reputation in playing music composed by Haydn, Mozart, Beethoven, and more. They recorded the entire standard piano trio repertoire with Philips, an impressive accomplishment in itself that further bolstered the reputation of the trio.

However, after a long-standing career, the trio finally came to an end in 2008. Their final concert was in Lucerne, Switzerland on September 6th, 2008. Yet, even at the age of 93, Mr. Pressler is still an active soloist and performs in concerts across the world.