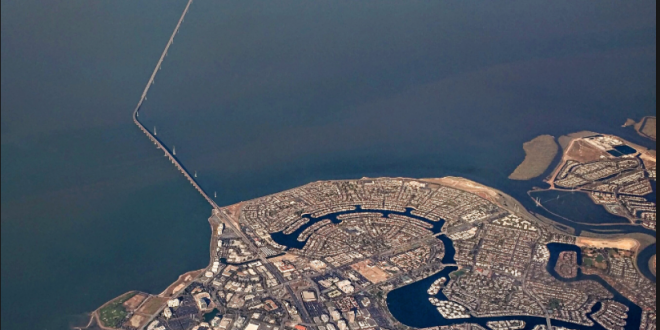 Foster City voters have approved of the $90 million upgrade to the city’s levee system for combating rising sea levels. All property owners will see a rise in tax rates of approximately $41 for every $100,000 of property value to pay for the raising of the levee.

FEMA, or the Federal Emergency Management Agency, released a map four years ago that indicates Foster City as a flood zone. It also showed that the levee not sufficiently protecting the town—and neighboring city San Mateo. To completely meet FEMA requirements, the 12-13 foot levee has to be raised to as much as 16 feet in some parts. The Bay Conservation and Development Commission requires Foster City to raise the levee an extra 2 feet taller than FEMA regulations, which leads to a whopping 6 feet increase in certain zones of the levee.

All property owners with federally-backed mortgages would have been required to pay flood insurance if the measure was not passed, which could cost up to $3,000 per year.

“Our community is well educated and always understood the issue at the end of the day and understood we needed to protect our community…election results are a big win for Foster City,” said Mayor Sam Hindi.

However, despite the overwhelming majority vote of 80%, there still exists a strong voice speaking against the levee upgrades. Former Foster City mayor Linda Koelling thinks that the “fear tactics and the amount of money spent to persuade voters of [Measure P’s] necessity” led to the public not having complete information of the situation, and the community will complain when the view will be obstructed. Foster City residents Bob Cushman and Sanjay Chanaya believe that the $43 million in Foster City’s reserve should be used to reduce the upgrade cost, though the current mayor believes that emergency funds should be kept intact due to the danger of earthquakes.

Though this one levee will primarily protect only Foster City Mateo, “if San Mateo acts next in this way and Redwood Shores acts after that and if each of these communities are individually and incrementally pursuing this path, that’s when you start to see the regional impacts,” states Mark Stacey, UC Berkeley environmental engineering professor. He clearly believes Foster City has picked the right choice.

Previous Dehydration and Drinking at Meals
Next French Dining Culture