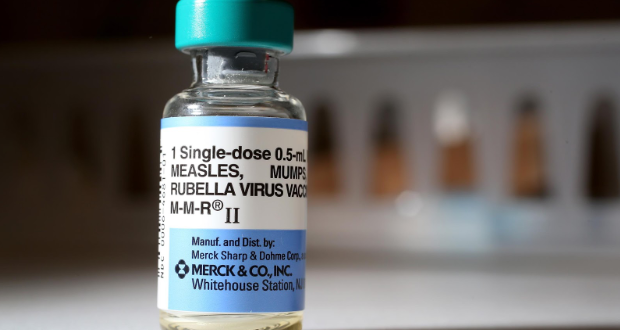 Recently there has been an increase in measles infections. The U.S. Center for Disease Control and Prevention (CDC) announced there were more than 100 cases of measles in the United States this year. California and 21 other states are watching the outbreaks closely.

Measles is a highly contagious disease caused by a virus. It often spreads through the air by the infected who sneeze and cough, and can it can still infect others up to two hours after the carrier leaves.

Symptoms develop 10–12 days after exposure and typically last 7–10 days. Initial symptoms include fever (often greater than 40 °C or 104.0 °F), coughing, runny nose, inflamed eyes, and rashes. Health officials remind anyone who has the above conditions to contact their health care provider immediately.

The best way to prevent measles is vaccination. Before the measles vaccination program started in 1963, about 3-4 million people were infected with measles each year in the United States. Of those people, 500 died, 48,000 were hospitalized, and 4,000 developed encephalitis (brain swelling).

The measles vaccine is very effective in preventing the disease. If a vaccinated person is exposed to the virus, the patient remains healthy  97% of the time. The CDC recommends that children receive two doses of the vaccine, once at 12 to 15 months old and the second between four and six years old.

Most people in the U.S. are protected against measles through vaccination, which is why measles was uncommon. Since 2000, public health officials declared measles eliminated from the U.S. population, with occasional sporadic cases.

According to the latest CDC data, measles cases in 2018 is at a all time high. The CDC believes this new round of infections comes from foreign countries, brought back by unsuspecting travelers.

Previous How to “Relieve Stress”
Next The Explosive Op-Ed