Home / Tech/ Science / The Massive Moving of our Milky Way 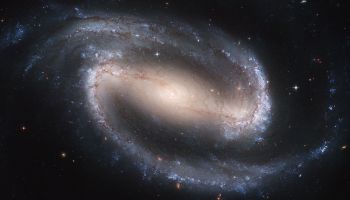 The Massive Moving of our Milky Way

Our Milky Way is moving at an object at an insanely fast speed. The Great Attractor is a gravitational anomaly that is 150-250 million light years away in the center of the Laniakea Supercluster, which includes the former Virgo and Hydra-Centaurus superclusters. Our own Milky Way is located within the former Virgo Supercluster. The Great Attractor also happens to be within the Zone of Avoidance, which is a portion of the sky—about 25%—that is obscured by dust and stars in the Milky Way. As such, the Great Attractor cannot be seen because of its location, but it is known to be there through the gravitational effect it has on nearby galaxies. But there is another force helping move the Milky Way. This repelling force is known as the Dipole Repeller. The Dipole Repeller has very few galaxies, so it is low in density and acts as a repeller because of that. With the pull of the Great Attractor and the push of the Dipole Repeller, the Milky Way and other nearby galaxies are presumed to be moving at approximately 2 million kilometers per hour towards the Great Attractor. This really goes to show how big the forces of the universe are, and how beyond us they can go. The universe has always been a place of mystery, but hopefully we will be able to understand it more in the near future.