Home / Opinion / How Many Different Ways to Say Hello? 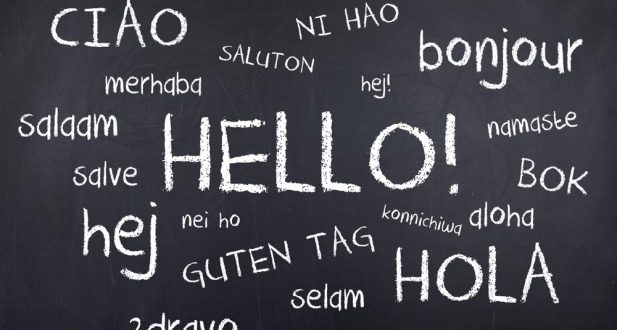 How Many Different Ways to Say Hello?

Although America is often described as a “melting pot” of different people and cultures, a shocking 80% of its citizens are monolingual. Perhaps this is due to the frequent misconceptions that everybody around the world should already know how to speak English or that learning a new language is practically impossible. Yet these ideas are quite frankly, false. For the majority of us privileged Americans, we have schools and other pools of resources out on the Internet set aside to help people learn different languages. The world does not revolve around us: it is the different languages and backgrounds that surround us which create our society.

Many of us fail to realize the positive impacts of learning new languages. Scientifically speaking, bilingual speakers have higher IQ scores, sharper focus, and improved memory. Socially, bilingualism gives the ability to expand our own scopes, meet new people, increase sensitivity to different cultures, and be integrated into another part of the world; these are all opportunities missed when we only speak one language. Although most schools now require students to take foreign languages, many take them begrudgingly simply to fulfill the requirement. However, if we take the chance and take the time to open up our eyes, we will see these languages as a portal to a new land. These language classes should not be taken for granted, but rather appreciated.

It is not a sin to be monolingual, yet neither is it a sin to be bilingual. Perhaps if we as a society began to be more accepting of foreign languages, we would have the chance to look through different eyes and walk in different shoes.

Allison Jia is a freshman at The Harker School. She loves science, especially biomedical research and neuroscience, traveling, watching movies, and playing volleyball. She is involved in many STEM clubs at her school, including Science Research, Math, and Medical, and currently serves as an officer in her school's DECA program.
Previous School Spirit
Next A New Judge of Jupiter