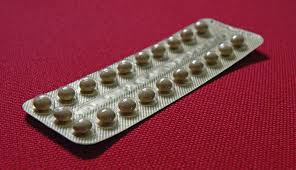 The female birth control pill, made by combining the hormones estrogen and progestin to prevent pregnancies, was first approved by the Food and Drug Administration in 1960.The popularity of such pill spiked immediately after its approval, and thus females were stuck with the unintended burden of taking the contraceptive. Scientists have been reluctant to pursue a male pill, because it seemed redundant and unnecessary. Recently, however, most researchers are looking back towards this path, because having a drug for both genders would more effectively reduce unplanned pregnancies. Furthermore, the woman would not anymore be subjected to the burden of being the one having to take contraceptives.

There have been scientific breakthroughs to support the development of the male contraceptive pill, but there also have been multiple roadblocks that have prevented a smooth introduction of the product. Two separate pills, dimethandrolone undecanoate (DMAU) and 11-beta-MTDC, have passed the safety test, but more trials are necessary until they can be approved. Male pills would impact levels of testosterone, and this process has been difficult for researchers because of the numerous side effects that have to be regulated. Increase of erectile dysfunction and libido have been recorded side effects, and these have been an obstacle that has been difficult to rise above.

However, experiments done recently have brought up some promising results. In a trial of 40 patients, as few as 5 of them showed any signs of diminished sex drive, and only 2 showed signs of erectile dysfunction. Every contraceptive is going to have their side effects, and it is the decision of the user whether they can accept them or not. While the FDA approval of male birth control pills may still be a few years out, these advancements in research put a favorable light upon this area of scientific development. Accidental pregnancies due to ineffective contraceptives are one step further on their way out the door.

Previous Mark Zuckerberg’s Call to Action.
Next The Voices of Youth