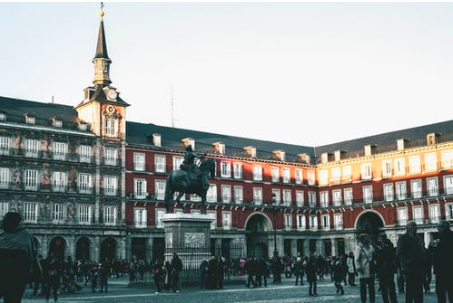 Madrid has been confirmed as the host of the United Nations Climate Summit after the previous host, Chile, canceled at a short notice, according to U.N. officials. Patricia Espinosa, U.N. climate chief, said that the U.N. has accepted Spain’s offer to hold the conference. The conference is due to take place from December 2 – 13. Chilean President Sebastián Piñera explained that his country canceled the meeting, along with another summit with Asia-Pacific leaders, to focus on domestic security following weeks of
protests in the country’s capital, Santiago, due to economic inequality and social problems. Around a dozen people have died due to violence during the protests.
Spanish Prime Minister Pedro Sánchez intervened on Thursday to save the summit. This move drew a lot of attention from the Spanish people, who are expecting to elect new members of the Cortes Generales on November 10th. Many climate activists, including Greta Thunberg, an influential teenager who gained worldwide fame after helping organize the climate marches in October, have planned or already have sailed across the Atlantic, to find out that the summit in Chile was canceled.
The purpose of the COP25, or the 25th Conference of the Parties, is to work out the remaining issues regarding the rules and regulations that countries have to follow to reduce their greenhouse gas emissions. The scale of the summit that will be held this year in Madrid wasn’t immediately clear, but the summit last year in Katowice, Poland, was attended by approximately
20,000 people.
Climate change remains a controversial issue and debate and has been one for decades now, with some calling it the most pressing issue of our time, and others denying its existence.

Previous Warren’s Healthcare Plan
Next How NOT to Procrastinate