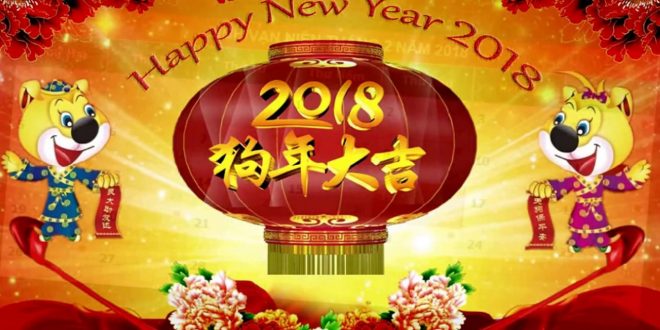 On February 16, 2018, you will find around a quarter of the world celebrating the Lunar New Year or Chinese New Year/Spring Festival. The date of this holiday varies from January 20 to February 21 because the holiday is based on the lunar calendar, which is in turn based on the monthly cycle of the Moon’s phases. In the past, people traditionally honored ancestors and deities, with daily life coming to a pause as households focused entirely on celebration. While younger generations are beginning to observe the occasion in a much more relaxed manner, using it as a chance to enjoy a break from work during the weeklong vacation, the Spring Festival is still China’s most important holiday socially and economically, with traditions and customs that have lived for thousands of years.

Many of today’s Spring Festival celebrations show the mixing of modern beliefs and ideas with past traditions. For example, one distinctly modern tradition is watching the televised Spring Festival Gala, a show featuring singers, dancers, and magic traditions.

Although Spring Festival celebrations have evolved since the more traditional times, where families would appease the gods by cleaning and offering ritual sacrifices of food and icons, many of these traditions have endured the test of time. For instance, especially on the eve of the holiday when the biggest celebration takes place, firework displays light up the cities, not unlike the firecrackers used to scare away beasts and evil spirits in Chinese myths and legends. Even businesses participate in setting off firecrackers in order to bring success and good fortune. Furthermore, during the Festival of Lanterns held on the 15th day of the New Year, the streets are filled with lit lanterns that usually contain poems or riddles for fun. Sometimes, the lanterns are even shaped as a rabbit or the animal of the year, which in 2018 is the dog. The historical background of these paper lanterns is also interesting: they originated from the Han Dynasty, were used by monks to worship the Buddha, and eventually proliferated to the common people as a symbol of peace and prosperity. Similarly, the dragon represents prosperity, and, as with many other Chinese cultural celebrations, dragon dances will be a common sight during the Spring Festival.

The tradition of cleaning the house thoroughly before the New Year is connected to the past as well, since the act of cleaning is believed to sweep away the bad luck of the previous year. Another staple of the holiday is the red envelopes filled with money that are typically distributed to children and young adults. The traditions of cleaning and gifting red envelopes are just a couple of ways that people honor their home and family during the Lunar New Year.

Most importantly, on the eve of the Chinese New Year, many families enjoy a sumptuous feast consisting of many traditional delicacies. Traditionally, Asian people savored long-life noodles in the first five days leading up to the New Year and round dumplings shaped like the moon on the final day of the New Year that symbolize family unity and perfection. In addition to this, some of the traditional foods present on dinner tables during the New Year eve celebration include Eight Treasures Rice, which contains glutinous rice, walnuts, dry fruit, red bean paste, and more; “Tang Yuan,” a black sesame rice ball soup; chicken, duck, fish, and pork dishes; and “Nian Gao” or rice cake, which goes back 3000 years. This meal can be consumed at restaurants or at home, cooked from scratch or bought pre-packaged from supermarkets.

All in all, it seems that most traditions have stayed the same, though many no longer have religious value and instead serve to instill more general concepts, such as prosperity and good fortune. Lunar New Year celebrations may have evolved alongside modern society; however, this holiday largely remains a reminder of past traditions for future generations to enjoy and uphold.

Megan is a senior at The Harker School. She is interested in applied mathematics, computer algorithms, artificial intelligence, cognitive vision science, and economics. Outside of school, she is a tutor and mentor at the Boys and Girls Club of the Peninsula (BGCP), a regular volunteer at Second Harvest Food Bank (SHFB), classical pianist, and an avid figure skater. In her free time, she enjoys exploring hiking trails in the Bay Area and Lake Tahoe, reading science fiction books, WIRED and The New Yorker magazines.
Previous Homebodies are Better for the Environment
Next Learning a Lesson From Asia