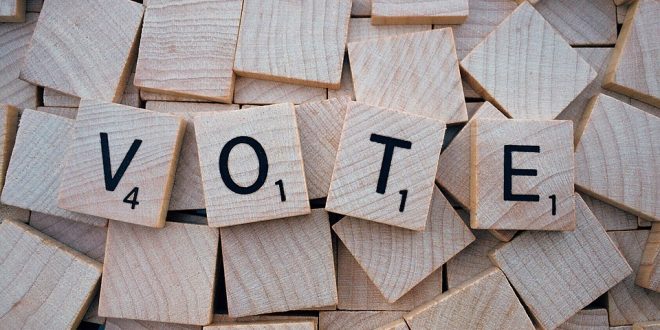 In our country, the political landscape is constantly changing. People naturally possess different perspectives, and citizens often argue about how events happen and the resulting methods of improvement. Consequently, we grant voting rights to specific citizens to choose the best laws and policymakers for our country. While it may not be feasible to give EVERYONE the right to vote (such as babies and toddlers), we should try to give as many people the right to vote as possible. For example, we should decrease the voting age requirement to 16, as it is becoming increasingly important to involve our youth in the voting process. This significant step would impact society for the better.

The primary argument against letting 16 year-olds vote is that they are still too young to make an informed choice. However, many 16 year-olds nowadays are very educated. Students have a plethora of opinions and thoughts about voting purely through typical school study (not to mention other sources); they express their own ideas in high school, but lack a chance to express their political opinions until they go to college.  According to Scientific Americans, research indicates that “In practical assessments, sixteen year-olds function at about the same level on cognitive, moral, and legal reasoning tests as adults—the very qualities needed to evaluate candidates and issues.” This example highlight that 16 year-olds are old enough to make informed and educated choices since they possess equal abilities as adults. In fact, in many other countries, the voting age is already at 16 years old. According to the Los Angeles Times, “In parts of Europe and much of South America, the voting age is 16 or 17. The United Kingdom is debating allowing 16-year-olds to vote…Studies of elections in countries that permit 16-year-olds to vote on state and local matters find high turnout in this age group as well.”  Since the United States is one of the strongest and most developed countries in the world, it seems all too obvious to take this step to lower the voting age.

Giving suffrage rights to 16 year old children will encourage their awareness to politics. They will be more likely to participate in subjects regarding social studies and discuss more political topics in conversations.  According to Headcount, “A detailed study of voters’ ages and habits in Denmark found that 18 year olds were far more likely to cast their “first vote” than 19 year olds, and that every month of extra age in those years resulted in a decline in “first vote” turnout. Essentially, if you give a 16-year old a ballot, they might just vote. If you give a 19 year old a ballot, they might just lose it in their dorm rooms or try to trade it in for dining dollars.“ This demonstrates 16 years olds children may possess a greater desire to vote compared to 18 years olds, making it more likely for them to strive to make an informed decision.

Students are more and more willing to embrace change for the better, and allowing students to share their opinions and voice through voting can foster beneficial changes in society. Adults and children have different perspectives, causing them to see the same event in a different light. This adds one more criteria to presidential candidates: that they also need to consider what children might be interested in. Moreover, a teenager’s decision to vote also encourages their family to vote, too. This exemplifies that lowering the voting age also benefits those that are already eligible.

Let 16 years-old children make their own decisions; let them vote in the elections. This will create a positive impact to society. If sixteen year-old children are allowed to work, it makes no sense for them to be denied the right to vote. Children must learn to be independent, and this is the first step forward. 40 years ago, we lowered the voting age to 18 years old, and the results have been positive. It’s been a long time so we are well prepared to make a change again––let’s see what will happen!