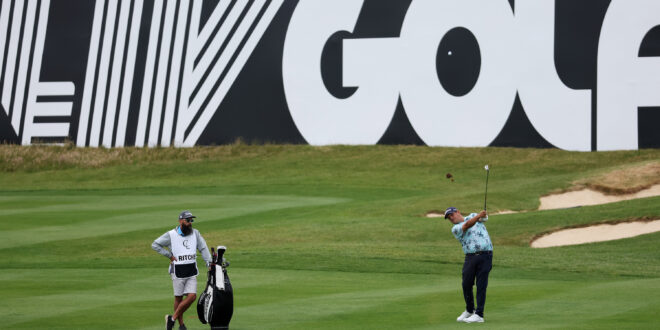 LIV Golf just finished its inaugural tournament from the Centurion Club outside of London, England on June 11, 2022. But what is LIV Golf? Its website claims that it is “GOLF, BUT LOUDER” and that it exists to “supercharge” the game of golf. In general, LIV is a new alternative to the PGA, Professional Golfers Association. Interestingly, LIV is not an acronym, but rather is the Roman numeral 54, which stands for the number of holes of golf that will be played at each tournament.

While it is not clear what LIV means by its “GOLF, BUT LOUDER” catch phrase, it currently seems to mean that money talks – Loudly! LIV has lured some of golf’s bigger names by guaranteeing larger payouts for competitors with the top prize at the Centurion Club tournament being four million dollars. There is also an extra payout of three million for the winning four-man team – $750,000 each. The possible total haul for this one tournament is $4,750,000. So, a typical tournament pays as much or more than many PGA championships, such as the US Open and the Masters. Further, LIV has lured top golfers away from the PGA with sign-on bonuses and appearance bonuses. Two-time PGA Champ, Phil Mickelson, is reported to have received an especially lucrative payout of $200 million dollars. While LIV is an organization that is theoretically run by golfers, with famed Greg Norman as the CEO, it is largely being bankrolled by Saudi Arabia’s Public Investment Fund.

As you may expect, this challenge to its primacy does not sit well with the PGA, which is trying to maintain its hold on golf. It has suspended current and future LIV players from PGA tournament play. There is also word that they are considering lifetime bans on those players. The PGA has managed the business side of professional golf for over a century. Its activities include promotion of the sport, sanctioning tournaments, setting rules, authorizing the sale of PGA products, and certifying players, coaches and managers. The PGA largely runs professional golf. While LIV, currently does not cover this much ground, its tournaments threaten the status quo and the PGA does not like it. As well as the suspensions, the PGA is currently using a smear campaign, calling it a “Money grab” by players. Some ranking PGA members also allude to the poor human rights record of Saudi Arabia, which sponsors LIV. This also brings up the question of whether LIV will ever sponsor women’s golf, considering Saudi Arabia’s restrictions on women.

It will be interesting to see if this is the beginning of the end of the PGA’s dominance, or if LIV will go the way of so many upstart sports leagues, by disappearing.