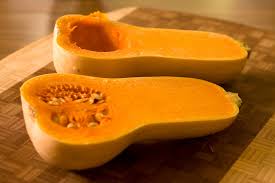 Over the last century, quality of consumer products such as the food we eat has greatly increased through government regulation. However, it wasn’t always this safe for consumers to buy products such as canned meat. Upton Sinclair first exposed the appalling contamination and rotting in meat processed by the meat-packing industry his muckraking book The Jungle. This book and many other exposed health issues with poor food quality led to the creation of the U.S. Food and Drug Administration (FDA) in 1906, the leading government department that protects public health by checking the quality of the nation’s food supply. Today, the FDA has many methods of testing foods for harmful bacteria or contamination, and whenever a food product does not pass a test, it will be recalled from stores around the country.

Recently, a recall was announced in certain areas for green beans and butternut squash because FDA officials had reason to believe that the products might be contaminated with Listeria monocytogenes. Listeria can cause fatal infections in children, elderly, or anyone with a weaker immune system. Recalls relating to Listeria have happened recently before, with the recall of nectarines, peaches, and plums just a month before. While there have been multiple cases of listeria recalls in the past month, there had been no illnesses reported at the time of the recall.

Listeria has been a hot topic of discussion for health officials because of how often these recalls have occured in the last few months. It lives in soil, water, and animal feces, able to survive cold temperatures. Listeria is vulnerable to heat, so cooking will rid any food of risk. However, this means that foods eaten raw are vulnerable to be contaminated. Even though listeria can be quickly cleaned from contaminated surfaces, it may cause some problems when ingested, such as fever.

While there have been many listeria recalls, this is not necessarily a bad thing. Health officials classify listeria as “a pretty ubiquitous but known hazard”, and is only increasingly being detected because of advancements in food regulation technology. The technology is constantly becoming more sensitive and more effective, so food recalls are occurring even when there are very low risks. The quality of food that consumers are getting at their local supermarkets are getting better and better due to the betterment of regulatory measures.

In general, if you hear in the news that a certain vegetable or fruit has been recalled, or that there is a bacteria outbreak in a certain food, it is best to stay away for the time being. Recalls are done for the good of the public, and it is comforting to know that our food supply is in good hands with government regulation.