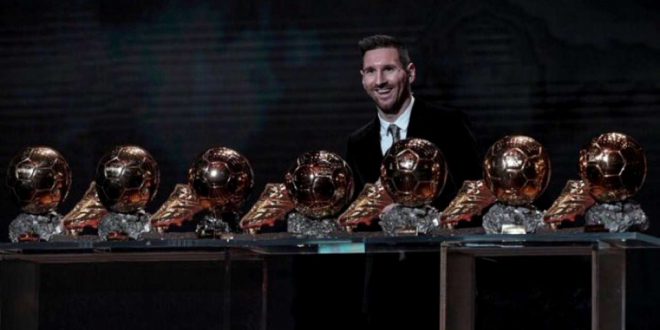 Lionel Messi, the iconic soccer super-star, won his 7th Ballon d’Or, the most in soccer history. This adds onto the record he broke in 2019 after winning a 6th, beating out Cristiano Ronaldo. Messi finished ahead of Bayern Munich Forward Lewandowski who had 27 goals in only 21 appearances on the pitch creating an incredible stat sheet for himself. But, it was Messi’s pivotal role in the Copa America that brought Argentina its first championship victory since 1993 that secured him the award.

In his acceptance speech, Messi stated to the world that Lewandowski should have won the previous year, but due to Covid, the award was not given out. Messi is always humble about his ability and his legacy. In my opinion, this is the exact opposite for Ronaldo. The 5 time Ballon d’Or winner did not show up to the award ceremony after finishing 6th in the rankings. He stated that is only goal was to finish his career with more Ballon d’Or’s than Messi which starts to seem like a much more difficult task. He stated that “Pascale Ferre lied, he used my name to promote himself and to promote the publication he works for.” Ronaldo has definitely shown his frustration with the committee as well as not winning the award.

Messi stated that “I don’t know how many years I have left, but I hope many more.” At 34 years of age, Messi received 613 points in the vote which was only 33 more than Lewandowski. Messi, like many other sports players, proved that age did not determine your success. Messi has solidified his legacy furthermore as the greatest soccer player of all time.