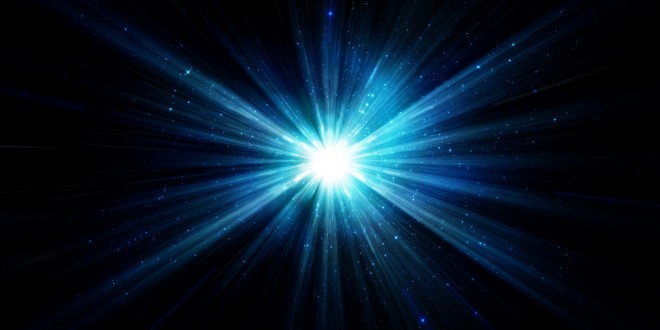 Researchers at Harvard University announced recently that they had successfully developed a means of manipulating light at the nanoscale, which could lead to photonic-based (rather than electronic) telecommunications. The team reportedly developed an on-chip metamaterial made from silicon pillars embedded in polymer and wrapped in gold film that exhibits a refractive index of zero. In other words, this material does some crazy stuff to light that reflects off of it.

When you have a material like this with a refractive index of 0, things get weird. As light passes through it, the crests and troughs of the light’s wave stretch infinitely to create a flat line where oscillations occur as a factor of time, not space. Flattening the wavelength allows the light to be easily manipulated without losing energy. The industrial potential — from telecommunications to quantum computing — is nearly limitless.

“In quantum optics, the lack of phase advance would allow quantum emitters in a zero-index cavity or waveguide to emit photons which are always in phase with one another,” said Philip Munoz, a graduate student in the Mazur lab and co-author on the paper. “It could also improve entanglement between quantum bits, as incoming waves of light are effectively spread out and infinitely long, enabling even distant particles to be entangled.” There’s no word yet, however, as to when this revolutionary technology will make it out of the lab.