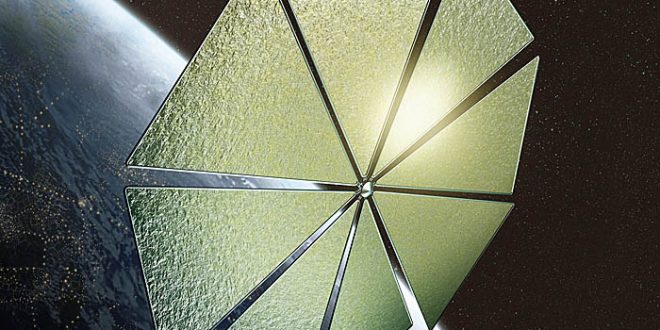 In July 2019, after years of simulations, The Planetary Society’s LightSail 2 spacecraft was successfully raising its orbit solely on the power of sunlight. By changing the spacecraft’s orbit using only the light pressure of the Sun, it demonstrates another possible solution for future manned spacecraft.

As a solar sail, LightSail’s propulsion relies on solar radiation and not the charged particles of the solar wind. While sunlight has no mass, it has momentum that can be harnessed for propulsion. Solar photons exert radiation pressure on the sail, which produces an acceleration on the spacecraft relative to the ratio of the sail’s area to its mass. As such, the design challenge was to maximize the surface area of the sail while minimizing the mass of the spacecraft.

LightSail’s modular design is based on a modular 3-unit CubeSat, a small satellite format created for university-level space projects. One CubeSat-sized module carries the cameras, sensors, and control systems, and the other two units contain and deploy the solar sails.

In the future, The Planetary Society will now operate LightSail 2 under an extended mission phase, making various operational refinements and studying how the spacecraft’s orbit evolves in response.

According to the planetary society, the goals include:

· Test a ground-based fault protection algorithm being developed by researchers at Purdue University.

Previous Trump Tests Positive for Coronavirus
Next Getting Better at Drawing