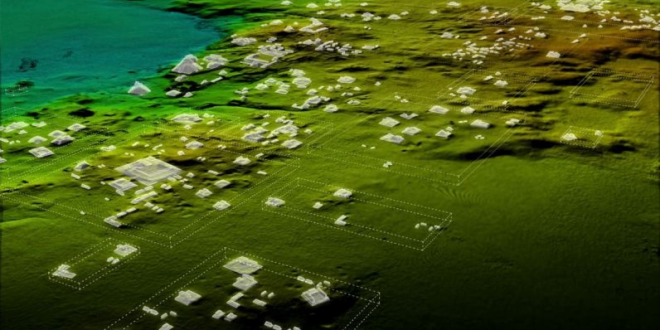 An exclusive television special by National Geographic aired on February 6, 2018, revealing a vast Mayan megalopolis that lies hidden underneath centuries of plant growth and soil in the Guatemalan Forest. It may never have been discovered without laser technology.

Sponsored by the PACUNAM Foundation, scientists scanned jungles in the country using Light Detection and Ranging (LiDAR) technology and found an interconnected network of ancient cities. They discovered 60,000 previously unknown structures without having to cut down a single plant; this discovery significantly changed what we knew about the ancient civilization.

Based on the sheer size of the megalopolis discovered, it is likely that Mayan populations were bigger than the previous estimate of 5 million; new estimates range from 10 to 15 million. Scientists also discovered houses, pyramids, palaces and elevated highways. Mayans did not use wheels or rely on beasts of burden, indicating that they had an organized workforce. The Mayans likely interacted regularly and might have established trade routes.

Many may associate LiDAR as a system that helps self-driving cars and robots to see their environments. However, scientists have also been using LiDAR to survey the environment without disturbing it. This is the reason that LiDAR is the perfect tool for PACUNAM’s scientists to discover the Mayan megalopolis. It would be virtually impossible to discover the ruins using a physical method. The organization plans to use LiDAR to map over 5,000 square miles of Guatemala’s lowlands in the future.

Roger is a junior at Carlmont High School in Belmont, California. Roger serves as an officer of Help Everyone and Remember to Share (HEARTS) non-profit. Roger founded the first California Business Professionals Association (BPA) club at his high school and is active in other STEM related clubs. Outside of his busy school schedule, Roger practices karate, plays saxophone, reads, and volunteers for several worthy social causes in the US and China. Roger is extremely honored to serve as the News Column editor for the Rising Star Magazine.
Previous School Lunches
Next Are You Ready for Precision Medicine?