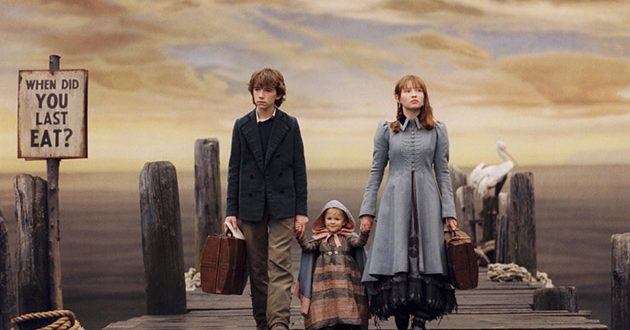 Lemony Snicket and the Netflix Series of Unfortunate Events

Author of the children’s book series A Series of Unfortunate Events, Lemony Snicket, which is a pseudonym for Daniel Handler, transferred his book series into a TV show on Netflix on Friday, January 13, 2017.

A Series of Unfortunate Events is a 13 book series about the unlucky lives of the Baudelaire children, who become the Baudelaire orphans in the beginning of the first book. They are sent to their closest relatives, a sinister man named Count Olaf, who is after the family fortune. The three resourceful children, Violet, Klaus, and Sunny, find themselves in persistent danger as Count Olaf will stop at nothing to obtain the Baudelaire fortune. Throughout the next few books, the Baudelaires and readers discover how many secrets and mysteries are kept in the world,  how nowhere is truly safe, and that treachery lurks in every corner.

The number 13 is symbolic in A Series of Unfortunate Events. Every book has 13 chapters. The finishing book, The End, was published on Friday the 13th of October, 2006.  Because the book is filled with miseries, the final book has 14 chapters instead of 13 to break the bad cycle.

Daniel Handler stated that while producing this film, he had been trying to produce it so adults could watch it as well as children. He knew parents who watched children’s shows with their children found the shows boring and uneventful.

A Series of Unfortunate Events is certainly a TV show series to put on your to-watch list. Lemony Snicket promises that it would captivate you for sure!

Previous Finals
Next Thousands of Evacuations Due to Impending Dam Failure