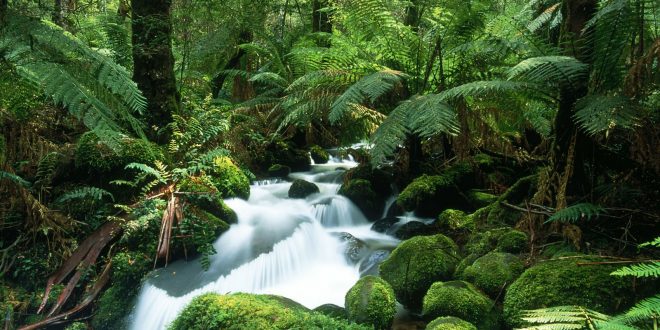 Learning During the Olympics: Amazon Forest 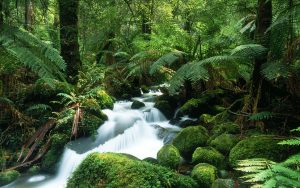 Friday night, I was watching the opening ceremony of the Olympics, and included in the show was a beautiful segment on the Amazon rainforest. I’ve always knows about the Amazon rainforest, but during the Olympic opening ceremony, I realized that there was so much that i didn’t know. I learned that the Amazon accounts for half of the world’s rainforests, and that if the rainforest was a country, it would be the ninth largest country. In fact, the Amazon spreads to nine nations in South America with 60% of the forest in Brazil. The forest has a hot and humid tropical climate, which an average temperature of 80 degrees Fahrenheit. It is also home to 390 billion individual trees. It is also home to the largest number of plant and animals species in the world, some of which are not found anywhere else on the earth. In addition to being home to plants and animals, experts estimate that there are 100 human tribes which have never had contact with the rest of civilization. One of the craziest facts is that the Amazon produces more than 20% of the world’s oxygen.

Although the video of the rainforest was breathtaking, the opening ceremony also emphasized the problems of climate change. This issue is very real to Brazil, which, as I’ve mentioned, is home to the majority of the Amazon rainforest. The Amazon has faced constant deforestation throughout the years. Approximately 240,000 acres of forest was cleared last year. Another effect of climate change has caused this year to be one of the driest years in history for the forest, which means it could face many devastating forest wildfires. Increased forest clearing also often occurs during dry years.

A recent effort to build a hydroelectric dam in the middle of the Amazon forest has been halted this month by Brazil’s environmental protection agency. The dam would have drowned 145  square miles of the rainforest, in an area which is home to 12,000 Munduruku Indians. Many human rights groups and environmentalists said that the dam would have affected greenhouse gas emissions, biodiversity, ecosystems, and the downstream communities.

In addition to enjoying the thrill of the Olympics, I’m glad I was able to learn about the environment as well. I hope you all realize how important the Amazon rainforest is even though you may live very far away from it. The Olympics happen only once every four years for us to enjoy, but the environment is here for us to enjoy everyday, so it is our duty to protect it! Have fun cheering for your favorite team(s) during the Olympics, and always remember to protect our lovely environment.

Cindy is senior at Henry M. Gunn High School and is incredibly honored to be a part of the Rising Star Magazine team. She enjoys belting out Disney songs, playing piano, watching Chinese dramas, and babysitting. Cindy serves as California DECA's VP of Silicon Valley and is also the singing teacher at FCSN and the President of HEARTS Nonprofit. She can be contacted at cindy@risingstarmagazine.com
Previous Wireless Wipes
Next Urination In Public: A Kid’s Perspective