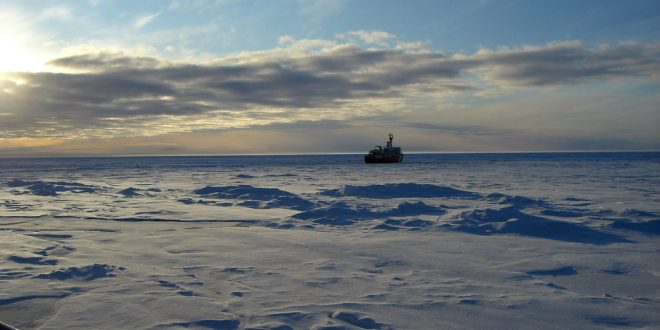 Scientists have named the phenomenon of large ice sheets breaking from glaciers a “calving event”. According to the Canadian Ice Service, “above-normal air temperatures, offshore winds, and open water in front of the ice shelf are all part of the recipe for ice shelf break up.” These phenomena worry environmentalists because if the ice shelf becomes unstable, it could cause further unwanted tears or breakings. Several research institutes and laboratories including the Water and Ice Research Laboratory have also noted that the preexisting tears in the ice shelf could cause it to become increasingly destabilized.

The collapsed Candian ice shelf has also caused issues for research analysts. Many camp areas and research instruments were rendered useless, and the last known epishelf lake may have also been destroyed in the process. (An epishelf lake is freshwater that has been trapped by an ice shelf that floats on top of it). When the ice shelf collapsed, it might have sent the freshwater into the Arctic Sea.

Most importantly, the effect of such breakings are rising ocean temperatures and higher sea levels. Ice shelves play a vital role in slowing down the process of melting ice. If ice melts too quickly, ocean levels can rise too rapidly, threatening coastal communities around the world. It is imperative that everyone contributes to the effort of slowing global warming or else the cascading effect on ice shelves, oceans, and coastal communities will ultimately be devastating.