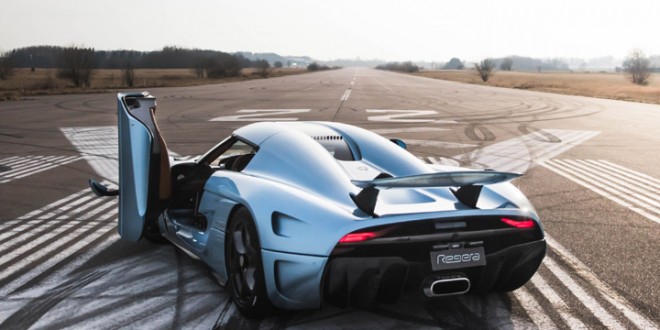 The Koenigsegg Regera. I really couldn’t resist writing about this. It’s a supercar capable of hitting 185 mph in 11 seconds, has 1500 horsepower, and is even a hybrid. Considering the Bugatti Chiron, another supercar, also came out recently, the two are supposed to compete, but this is cooler than the Chiron in every way. The Veyron, a predecessor of the Chiron, was special for its time when it first debuted, made with superior materials and aggressively spaceship-y. While the Chiron is pretty much the same thing as its ancestor, the Veyron, the Regera is a brand new supercar that looks cooler and has tons of new features. For example, the Regera doesn’t have a gearbox nor does it use transmission, but is capable of reaching 250 mph without using a gearbox. At 1500 horsepower, the Regera is capable of hitting 60 mph in 2.8 seconds, and is most likely limited by the traction of its rear wheel drive. It fights against aerodynamic drag really well however, capable of accelerating from 93 mph to 155 mph in 4 seconds, and getting to 250 mph from a stop takes only 20 seconds. Even the headlights are new. It uses a bunch of small LEDs in a cluster, called Constellation DRL. It looks extremely aggressive, and is only 3500 pounds. Considering it’s a high end supercar, the doors open upwards. Obviously. The interior is also surprisingly comfy and luxurious. It’s all made of leather, with adjustable seats, navigation, Apple Carplay, and folding mirrors. It only costs 1.9 million dollars (so affordable!), making it 600 thousand dollars cheaper than the Chiron, while also being cooler in most aspects.