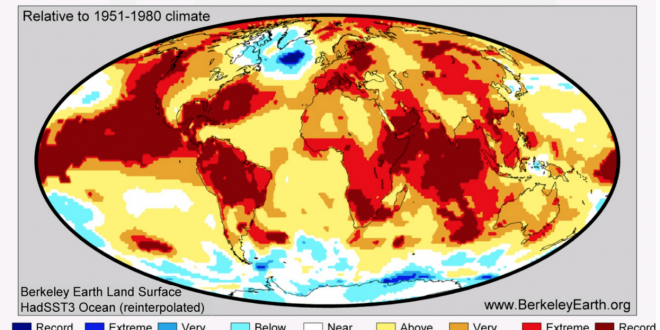 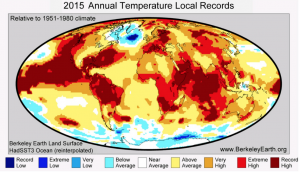 For many people, the inevitable intensifying heat and the slow destruction of the ozone layer because of global warming already brings a devastating picture to mind. Rising sea waters swallowing houses and towns. Destroyed crops. Dying animals. Intense droughts. Disappearing glaciers. While all of these scenarios will certainly come true if humankind continues on its suicidal path, they are partially wrong in that they never mention what will happen to humans. Surely, relatively nothing will happen to us, right? After all, we live in wonderfully air conditioned rooms with roofs over our heads that provide equally wonderful shade, refrigerators that give us delicious refreshing ice cream, and water pipes and advanced water extraction processes keep us hydrated even during droughts. However, even with these advancements in technology, people will still suffer.

In an event of a power outage due to high demands for electricity for air conditioning, which has happened to many Californian cities this past week, or having no access to air conditioning, heat strokes and other heat related problems will arise, including disturbed sleep patterns. When our bodies ready themselves for bed, our body heat temperature drops. However, because of higher temperatures, our sleep will be disturbed and our necessary rest will not be as restful. Heat is so directly linked to sleep that, in fact, many insomniacs reportedly struggle with warmer body core temperatures. Although sleep disturbance might not seem much, it will eventually add up to hours and even days of missed sleep. Sleep deprivation is not an issue that should be taken lightly. The lack of sleep can lead to depression, increased risk of having chronic illnesses and cardiovascular disease, obesity, and decrease of hormone production, which is necessary for repairing cells and tissues.

However, even if our future technological advancements promise us continuous air conditioning, it will affect our health. Unlike heating, air conditioning gives off moisture and condensation, making it a breeding ground for bacteria. As a result, many people suffer from respiratory issues, such as asthma, headaches, irritated skin, and other sick-like symptoms, which may lead to long-term health issues later on. Not to mention, constant use of air conditioning leads to pollution, which itself has many negative health effects.

One way to combat heat is to drink lots of water. Keep yourself hydrated, and try to keep a calm, peaceful heart. Although it’s hard in the heat, try your best to avoid air conditioning because the AC emissions will cause even more climate change, making it even hotter next year. It’s a never-ending cycle, so act now: reduce emissions.

Cindy is senior at Henry M. Gunn High School and is incredibly honored to be a part of the Rising Star Magazine team. She enjoys belting out Disney songs, playing piano, watching Chinese dramas, and babysitting. Cindy serves as California DECA's VP of Silicon Valley and is also the singing teacher at FCSN and the President of HEARTS Nonprofit. She can be contacted at cindy@risingstarmagazine.com
Previous Introversion
Next Laid-back Lifestyle Makes the Happiest City