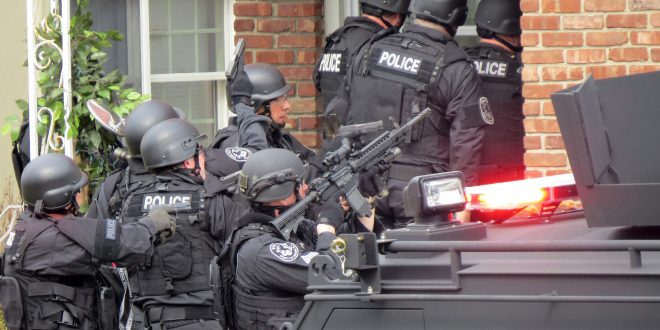 A 28-year-old Kansas man was shot and killed by police officers on Dec. 28 after someone falsely reported a hostage situation ongoing at his home. The practice of falsely reporting a dangerous situation at a different address is known as “SWATting”. The goal is for police to respond to the location with extreme force, and to cause the victim fear, inconvenience, and danger. In this situation, a man actually died, all over a $1.50 wagered match in the online game Call of Duty. Even worse, the man killed was innocent, did nothing wrong, and had nothing to do with the argument between the two people involved.

The dispute supposedly started on Twitter, where someone with the Twitter handle “SWauTistic” threatened to swat another user, “7aLeNt”. 7aLeNt dared someone to swat him, but then tweeted an address that was not his own. SWauTistic then reported to Kansas police that there was a murder at the address and that many people were being held captive.

Police arrived expecting a hostage situation, and when someone came to the front door, a police officer just straight up shot him. For apparently no reason.

After learning someone died at the location he swatted, SWauTistic denied that it was his fault, and changed his Twitter handle. After further investigation, it became known that he was a “serial swatter,” and have done this to many people many times. Since then, the person behind SWauTistic was found. Tyler Barriss is to be charged with involuntary manslaughter.

Obviously, there is a huge problem with swatting and what it can do. I really hope police come up with a system to prevent this kind of thing from happening in the future.

Previous The Turpins: Thirteen Sibling Captives in House for Years
Next Healthcare in the Soviet Union