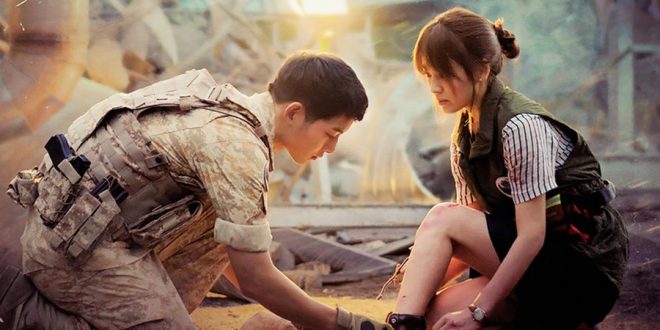 Everyone has at least one friend who watches Korean dramas, or K-dramas for short. To some, K-dramas are a way of life. Recently, a drama has caused commotion around the world. This amazing 19-episode drama is called “Descendants of the Sun.” 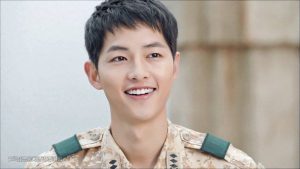 What does the title mean? I have no idea! It makes the slightest reference to it in the last episode, but it’s not really significant. It is, nevertheless, a great drama. In fact, I watched 12 episodes in one day (because only 12 episodes were released at that time.)

It is about a woman named Kang Mo Yeon, played by Song Hye Kyo, who is a doctor. She falls in love with Yoo Shi Jin, played by Song Joong Ki, who is the captain of the special forces. They begin to date but Shi Jin’s job always ruined the dates. After they break up, Shi Jin is deported to Uruk to keep peace. Meanwhile, Mo Yeon is assigned to lead a medical team in Uruk. There, they meet again and realize that they are still in love. They are faced with many life-or-death situations, but their love for each other makes the drama dramatic, funny, sad, and heart warming.

After the drama, Song Hye Kyo became the face of many cosmetic and food companies and Song Joong Ki has been so adored that he has become the face of Korea! On every street you walk on in Korea, you will see a cardboard cutout of him!

I am not a big fan of K-dramas (I like my Chinese ones!), but this drama definitely made me cry and laugh, and then cry some more. Song Joong Ki is adorable (ahh his smile!) and Song Hye Kyo’s acting is wonderful. It is definitely on my top 3 K-drama list!

Cindy is senior at Henry M. Gunn High School and is incredibly honored to be a part of the Rising Star Magazine team. She enjoys belting out Disney songs, playing piano, watching Chinese dramas, and babysitting. Cindy serves as California DECA's VP of Silicon Valley and is also the singing teacher at FCSN and the President of HEARTS Nonprofit. She can be contacted at cindy@risingstarmagazine.com
Previous Desertification
Next When a Class Breaks You