Home / Global Environment / Just Let Me Gift You A Monkey?? 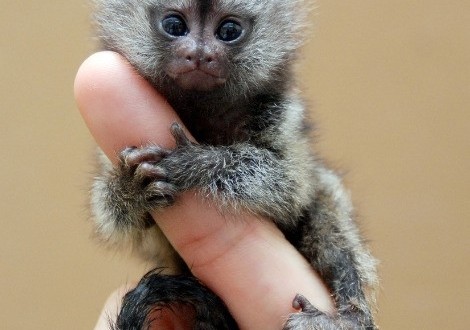 Just Let Me Gift You A Monkey??

Submitted by: Cindy and Eileen Guo

As we know, it is now the Year of the Monkey, but some people are taking this too far. There have been people in China who are paying an incredible amount of money to buy the smallest monkeys in the world to raise as housepets or give away as gifts.

Smallest monkeys?? You heard me (or read it). Have you ever heard of monkeys the size of your thumb? No, it’s not a toy or a myth– they’re real! And they are actually the size of your thumb. It’s called the pygmy marmoset and lives in the western Amazon Basin in South America. They sure are cute. 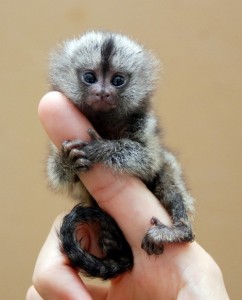 But these little monkeys are endangered, which is why it’s illegal to purchase/sell them. In addition to that, they live in such a special environment (again, Amazon Basin, South America), that they can’t possibly survive if they were not in the correct habitat.

However, not everyone has the brain capacity to realize this. The pygmy marmoset has become a “trend” (first living animal key chains, and now this??) amongst the super-rich in China, many of whom pay up to 30,000 yuan, or about 4,500 US dollars, to own one. Sometimes, they are given away as New Year’s gifts or kept as accessories to be flaunted to those not wealthy enough. Yay for humans!

These animals are not meant to be living anywhere besides their actual home. The same goes for any other animal.

Hope you guys had a nice Chinese New Year; next year will be the Year of the Rooster! Hopefully, people won’t be purchasing rare roosters and flaunting those out on the streets…

Cindy is senior at Henry M. Gunn High School and is incredibly honored to be a part of the Rising Star Magazine team. She enjoys belting out Disney songs, playing piano, watching Chinese dramas, and babysitting. Cindy serves as California DECA's VP of Silicon Valley and is also the singing teacher at FCSN and the President of HEARTS Nonprofit. She can be contacted at cindy@risingstarmagazine.com
Previous Benefits of Baths
Next Swimming Life: Swimmer’s Edition