Home / Health / Junk Food and the Effect on the Mind 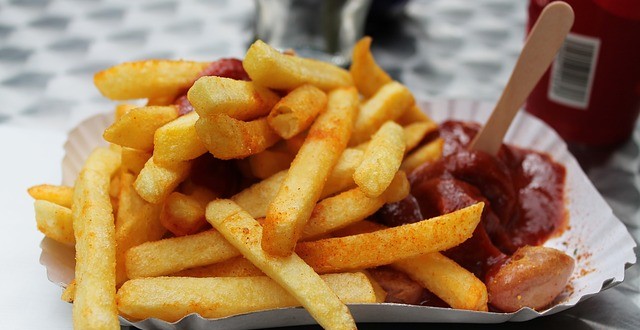 Junk Food and the Effect on the Mind

Junk food is known to be unhealthy and fatal. It produces problems from high blood pressure to depression to a leading problem in the US, obesity. Yet, it is such a fast-growing industry, with millions of labels for millions of different items. People dedicate their lives to developing the perfect junk food to market to consumers. People are hopelessly addicted to it, in the worse way possible.
Even if we die, the chain continues. It’s an addiction of millions. How is it so irresistible?
It’s a simple matter for the consumer. Food is simply a play on the sense of taste. What tastes “good” should be good, right? After all, your primal brain wants it, then it should be essential for survival. Thus, junk food magically becomes okay, even if the trans fat content on the label  is a whopping ten grams.
The sense of taste is controlled by an ancient, primitive part of the brain. It was the most developed and useful portion back with ancient humans, before the times of  tools and fire. In an ever-evolving world heavily based on natural selection, primitive humans rarely had access to meat, an important part of their diet. Humans were weak; they did not come blessed with speed, claws, or a clear way to hunt. So, whenever fresh meat appeared, it would always be reasonable to gain the most amount of calories, a unit of energy, in the shortest amount of time possible to survive. High-calorie matter found in carcasses include fat and sugars. So, the human brain automatically craves this sort of high-energy food to stock up on reserves and to have as much energy as possible if no food comes along in what could be weeks.
Today, however, food can be of access to millions with just as easily as a click of a mouse or a couple steps to a nearby corner store. Your brain does not know that. Scientists have observed that humans crave high-calorie foods, and deduced why, what, and how. In our capitalistic society with advanced technology, businesses take advantage of this knowledge and available technology and create a monster that will haunt generations, junk food. This product, filled to the brim with sugar and fat proportioned by careful scientists to bring the greatest sensation to the human taste, sells amazingly well and rakes in big cash to many, many businesses. After all, businesses exist for the sole purpose of profit.
A monster, a dangerous looming figure, the product of both ingenuity and human desire, a path not to human heaven but destruction, junk food has left a mark on the minds of the past and the distant, distant future.