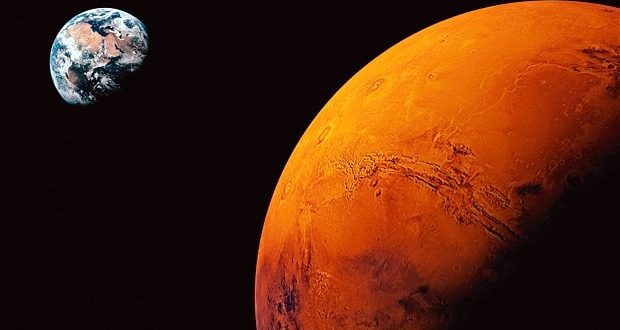 At the International Astronautical Congress in Guadalajara, Mexico, Elon Musk, CEO of Tesla Motors and SpaceX, announced his ambitious plan for SpaceX to ferry people to Mars by the 2020s.  His presentation, extravagantly named “Making Humans a Multiplanetary Species”, revealed his plan to start a million person colony that could survive on Mars.

Musk, however, has competition from the aviation company Boeing.  Less than a week after Elon Musk outlined his own plans for the colonization of Mars, Boeing CEO Dennis Muilenburg declared his own intentions for Boeing to transport people to Mars.  At “What’s Next”, The Atlantic’s event in Chicago from October 4 to October 5, Muilenburg stated, “I am convinced that the first person to step foot on Mars will arrive there riding on a Boeing rocket”.  Boeing does have the distinction of having successful experience with travelling in space; the Saturn V, a rocket that has previously sent people to the moon, was partially produced by Boeing. Boeing is also currently the main contractor for NASA’s project to send people to Mars, the Space Launch System rocket, that NASA plans to land in the 2030s.

As we progress through this century, it is becoming clearer that innovation and large strides in technology are in the near future.  In the past century, we’ve gone from the Earth to the moon, and now have plans for Mars.  We can now see that there our interplanetary adventure is very much possible; it is not a matter of how, but of when.  I wonder what other surprises the future holds in store for us?