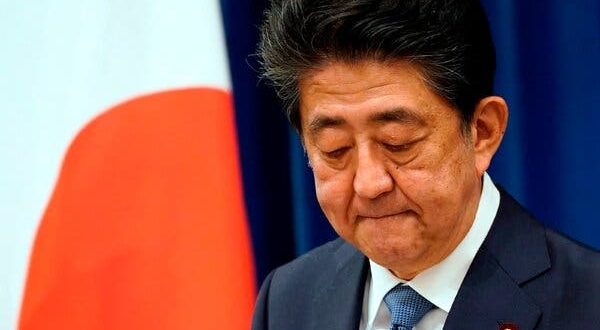 “Even though there is one year to go in my tenure and there are challenges to be met, I have decided to stand down as prime minister,” Mr. Abe stated at a press conference in Tokyo on Friday. Abe also apologized to the people of Japan for being unable to continue serving the people during the COVID-19 pandemic.

Prime Minister Abe is a patient of colitis, a chronic inflammatory bowel disease that currently has no cure. The disease was also a factor in his sudden resignation from the post of Prime Minister in 2007.

After Abe’s announcement, markets in Japan reacted negatively. The Nikkei index of the Tokyo Stock Exchange dropped 1.4% on Friday and the Japanese Yen rose 0.3% against the U.S. dollar.

Following his resignation in 2007, Abe was reelected in 2012 to the position of Prime Minister and has been a dominant force in Japanese politics since. Abe won a landslide victory for a third term in 2017 and another for the fourth term in 2019.

After being reelected in 2012, following years of economic stagnation in Japan, Abe employed an economic strategy popularly known as “Abenomics”, consisting of monetary stimulus, coupled with government spending and structural reforms. Abenomics has been credited by Abe’s allies for reviving Japan’s crumbling economy.

One major domestic achievement credited to Abe was securing the 2020 Olympics in Japan, though the Olympics were ultimately postponed until 2021 due to coronavirus.

Japan is in a questionable place regarding its diplomacy with its neighbors, and Shinzo Abe was never able to strike an agreement with North Korean leader Kim Jong Un. Japan is also in the midst of continued territorial disputes with China over claims of the Senkaku and Diaoyu island chains.